Margaret Keane, the artist whose paintings of wide-eyed children inspired the 2014 Tim Burton film “Big Eyes,” died Sunday at her home in Napa, California. She was 94.

Her daughter told The New York Times reported that she died of heart failure.

In “Big Eyes,” Amy Adams played Keane in her protracted fight with her second husband over credit for her life’s work. Though Walter Keane masterfully promoted his wife’s sad, saucer-eyed waifs, it would be revealed years later that his claims to have painted them himself were entirely fraudulent.

In reality, Margaret Keane toiled in the basement for several hours a day while her husband claimed credit during his ambitious promotional efforts, including everything from Hollywood hobnobbing to TV appearances. All the while, the paintings stirred controversy and scorn in the art world as they gained widespread popularity. 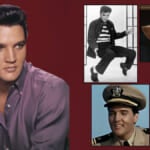 After decades of putting up with this arrangement, Keane was finally able to disprove his claims in a 1986 defamation lawsuit. During a “paint-off” in a Honolulu courtroom, Margaret Keane produced a perfect “Keane” in under an hour, while Walter Keane sat idle, complaining of a shoulder problem.

“The whole thing just snowballed, and it was too late to say it wasn’t him who painted them,” she later explained to the Times. “I’ll always regret that I wasn’t strong enough to stand up for my rights.”

She also testified that her husband had threatened her life, and the life of her daughter, unless she allowed him to continue claiming credit for her artwork. Margaret Keane won a $4 million judgment, but those damages were vacated by a Walter Keane bankruptcy filing.

Amy Adams won a Golden Globe award for Best Actress in a Musical or Comedy for her performance in Burton’s 2014 film. The movie also earned two other Globe nominations, for Christoph Waltz and an original song by Lana Del Rey and and Daniel Heath, but was shut out for Oscar nominations that year. 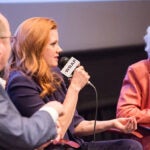