Fox News’ Maria Bartiromo claims “some people” have told her that the Biden administration sees Vladimir Putin as “a partner,” not “as the enemy” – and people on social media are fighting mad about that nonsense.

“I was on the phone all weekend with various people about this conflict right now,” she said on Sunday’s “Fox and Friends” when asked about Russia’s attack on Ukraine. “What I took away from all of my phone calls is the strategy of this administration has been underwhelming and not enough.”

Bartiromo went on to say, “It seems that there is a predetermined outcome here in place, and that is a slow death for Ukraine and President Zelenskyy, as the Russian forces continue to inch closer. With all of these other fatalities that we’re talking about…and some people have told me over the weekend that they feel that at the end of the day this administration does not see Putin as the enemy, they see him as a partner on many issues.”

Raising her voice, Bartiromo concluded, “When is this administration going to get serious in telling Vladimir Putin we are done with partnerships?” 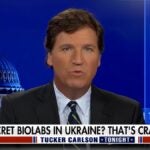 Reaction to her claim that the Biden administration is playing nice with Putin was deemed laughable by many on social media, considering the bromance that the former president she supposed, Donald Trump, had with President Putin.

“This is nuts,” David Corn, the DC bureau chief of Mother Jones, tweeted. “Her man Trump sided with Putin over his own intelligence community. And Trump recently praised his moves in Ukraine as ‘genius.’ A question for medical science: How does her head not explode?” 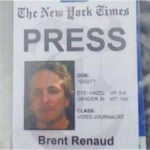 And MSNBC’s Stephanie Ruhle wrote, ” For every female business journalist watching this downward spiral, it’s like believing in Batman all your life & then one day realizing…he’s actually The Joker.”

Here are a handful of others who are calling Bartiromo on the craziness of her comments.