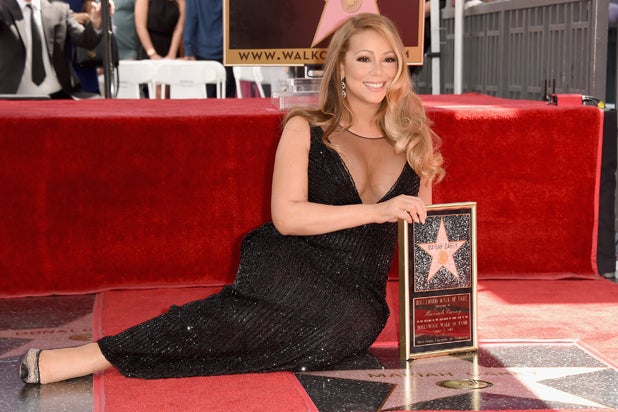 Look out, Cookie: “Empire” just got another diva. Mariah Carey is set to guest on Season 2 of “Empire,” creator Lee Daniels told a crowd at the singer’s Hollywood Walk of Fame star dedication on Wednesday.

As previously announced, Ludacris and Kelly Rowland have joined the sophomore run of the hit hip-hop soap opera, which ended up as broadcast TV’s top drama over its freshman run. Marisa Tomei will recur. Snoop Dogg and Chris Rock will also both guest star on Season 2.

Carey wrapped her Las Vegas residency about a week ago, where she was regularly performing at Caesar’s Palace.

The songstress was the 2,556th recipient of a star on or around famed Hollywood Boulevard. The best-selling female singer of all time has moved more than 200 million units throughout her impressive career.

Filmmaker Brett Ratner, BET Programming President Stephen Hill and Epic Records Chairman and CEO L.A. Reid were also in attendance for the ceremony, which took place at The W Hotel.

Daniels directed Carey in his films “Precious: Based on the Novel ‘Push’ by Sapphire” and “Lee Daniels’ The Butler.”

Fox did not comment on the announcement, though a person with knowledge of the casting told TheWrap that there is no deal currently in place, and it is unclear if negotiations have even begun in earnest.