The Mexican and Latin American edition of Marie Claire have called upon Ivanka Trump to do something about her father Donald Trump.

Dedicating the cover of its July issue to the presumptive Republican presidential nominee’s eldest daughter and Trump Organization exec — she did not pose for the cover — the magazine asks, “#DearIvanka. When will you protect us from your father?”

“It has never been my goal to attack, judge or question other women,” editor Daniela Von Wobeser writes in the magazine, according to the Washington Post. “Furthermore, when talking about polemic and controversial topics, generally I would rather stay neutral, with an objective point of view, and if I can’t make that happen, at least to be moderate.”

However, the rise of Donald Trump in American politics led Von Wobeser to make a public appeal to his daughter: “I’d like to ask you, from the bottom of my heart, if supporting your dad’s strategy is the best thing for you, as woman or the best for your country and, consequently, mine.”

The inside of the fashion magazine contains a series of essays by Latin American journalists, academics and artists, who call on Trump to take action against her father, who has spoken openly against Mexicans and labeled them as “rapists,” “drug dealers” and disease carriers. Von Wobeser explains in the issue that she chose to target the candidate’s daughter because she does not believe that his wife, Melania Trump, has as much influence on the campaign.

“If your dad wins the elections (and I say this with fear in my words), you will be the closest thing America will have as a First Lady. I’m sure you have thought about it. We know Melania, your stepmother, hasn’t been an active member on your father’s campaign,” she wrote. “If he gets to be the next president of the United States of America, you will most probably be the closest woman to him, just like you have been on the professional side”

See the entire cover below: 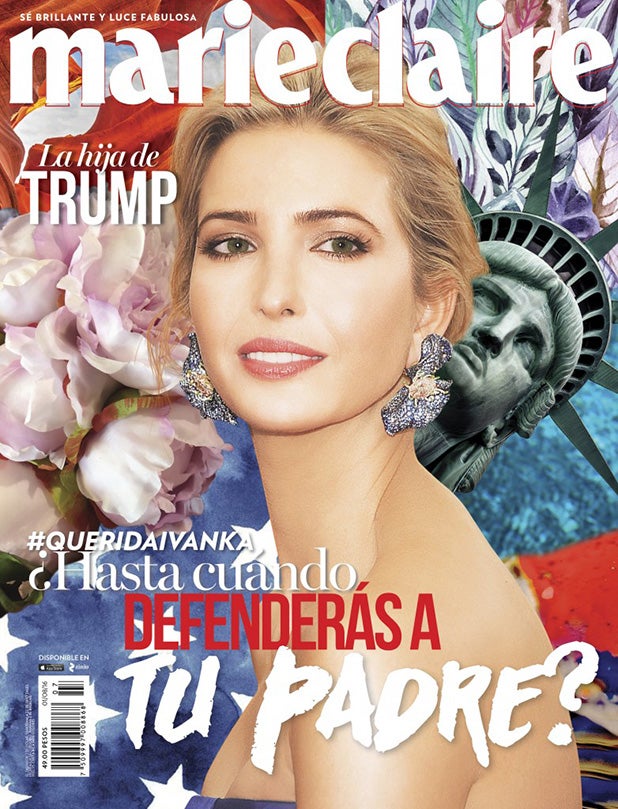