Actress and producer Marilyn Eastman, best known for her role in George Romero’s 1968 horror film “Night of the Living Dead,” died Aug. 22. She was 87.

Eastman’s son John Eastman confirmed her death in a Facebook post, writing, “I’m very sad to announce the passing of my mother, Marilyn Eastman on 8/22/21 in Tampa, Florida. I cannot overstate how much she enjoyed the affection and attention shown to her by countless ‘NOLD’ fans, and up until several weeks ago, was planning personal appearances.”

Eastman was born in Iowa and later moved to Pittsburgh, Pennsylvania, where she began her acting career. Her best-known screen credit is as ordinary wife Helen Cooper (and bug-eating zombie) in Romero’s classic horror flick, but she also did makeup and worked as a producer. 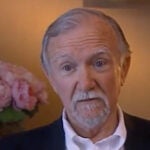 While working as vice president of the Pittsburgh-based industrial firm Hardman Associates alongside actor (and later, her partner) Karl Hardman who also starred in “Night of the Living Dead,”financiers Eastman was introduced to Romero. She later became one of the financers and producing partners on the film when she, Hardman and Romero created a separate production company called Image Ten.

The George A. Romero foundation also confirmed Eastman’s death and said in a statement, “It is with great sadness that we can confirm the passing of Marilyn Eastman on 8/22/21. Please join us in wishing her family peace at this painful time. Godspeed, Marilyn.”

In addition to her work on “Night of the Living Dead,” Eastman appeared in a 1960 episode of the “Perry Mason” detective series and a 1996 horror movie called “Santa Claws.”

Read Eastman’s son’s tribute to her below:

I’m very sad to announce the passing of my mother, MARILYN EASTMAN on 8/22/21 in Tampa, Florida. Marilyn Marie Johnson was born in Davenport, Iowa on December 17th, 1933 My mother moved to Pittsburgh in the early 60’s and eventually joined Karl Hardman at Hardman Associates. Later in life Marilyn and Karl became business and life partners until Karl’s passing in 2007In addition to her iconic role as Helen Cooper in the 1968 Horror Classic “Night of the Living Dead” Marilyn was a Stage, Television and Radio performer as well as a writer and producer. More importantly, she was a hard working single mother who raised my brother and I on her own. I cannot overstate how much she enjoyed the affection and attention shown to her by countless NOLD fans, and up until several weeks ago, was planning personal appearances. She is survived by my brother Michael and I, 5 Grandchildren and 8 Great Grandchildren. Marilyn Eastman died peacefully in her sleep at the age of 87. It was her desire to return to Pittsburgh and those plans are to be announced at a later date. 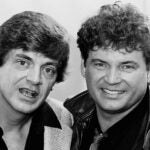