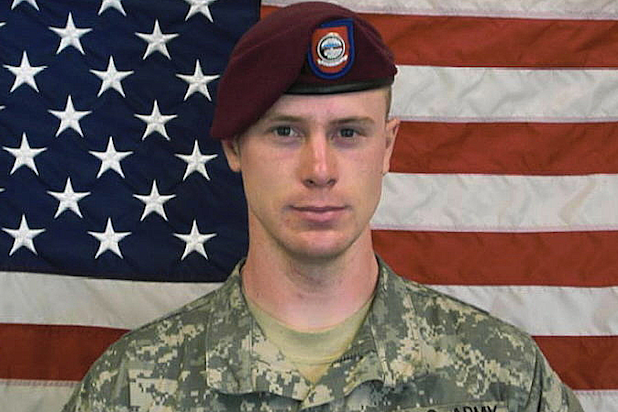 Snow White, terrorist attacks on the White House and Jesse Owens have all been the subject of competing projects in recent Hollywood history but who knew that U.S. Army soldier Bowe Bergdahl would be next in line?

Bergdahl, who was released from Taliban captivity less than three weeks ago, is the subject of two projects — one from the “Zero Dark Thirty” team of Kathryn Bigelow and Mark Boal, and one from writer-producer Todd Field (“Little Children”), who also intends to direct the film for Fox Searchlight.

Bergdahl, whose life rights are still available, spent five years in Taliban captivity until the U.S. agreed to trade him for five Taliban members who were being held at Guantanamo Bay. The swap drew controversy, as some allege that Bergdahl deserted his Army post, and that President Barack Obama failed to notify Congress before making the exchange.

Bigelow and Boal are developing a film that Boal will write for the two of them to produce, though Bigelow does not plan to direct at this point, as she’s committed to direct another military-themed drama based on a true story — “True American” starring Tom Hardy.

Field comes to the table armed with rights to a Rolling Stone article about Bergdahl titled “Last Prisoner of War,” which was written by Michael Hastings the late journalist whose profile of Gen. Stanley McChrystal earned him a legion of fans prior to his death. Field is adapting Hastings’ article for Fox Searchlight, and he’ll also produce the film, regardless of whether or not he winds up in the director’s chair.

Oddly enough, CAA represents both Field and Bigelow/Boal, the latter of whom is also repped by Management 360.