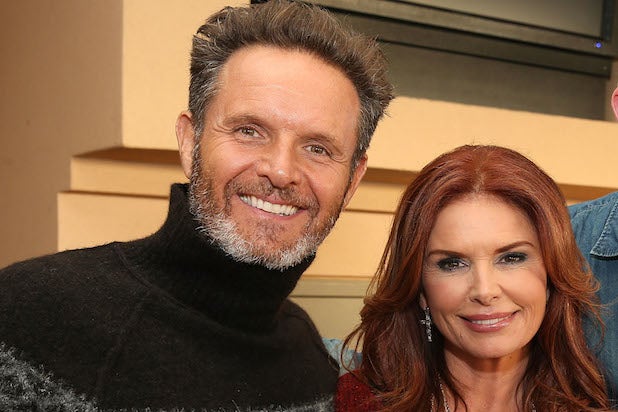 MGM and Paramount announced on Friday that the husband-wife team, who spearheaded the massively successful History Channel mini-series “The Bible,” have joined the studios’ remake of the classic “Ben-Hur,” and will serve as executive producers.

The announcement put out by the studios tells all there is to know about the importance of Burnett and Downey’s involvement.

“The film returns to the heart of Lew Wallace’s epic novel focusing on the nature of faith,” the studios explained. “The story follows a falsely accused nobleman who survives years of slavery to take vengeance on his best friend who betrayed him.  Both must come to choose between retribution or forgiveness.”

Timur Bekmambetov (“Wanted”) will direct the project, which was written by Keith Clarke (“The Way Back”) and revised by Oscar-winner John Ridley (“12 Years a Slave”). It’s scheduled for a wide release on February 26, 2016.

This marks the latest big budget bible film, and continues Hollywood’s march toward faith-based audiences who are willing to pay big bucks for films that jive with the good book’s message. Burnett and Downey’s “The Bible” got adapted for the big screen earlier this year, earning $59 million stateside, while “Heaven is for Real”  has made $36 million in just over a week. “God’s Not Dead” made $49 million while maxing out on 1860 screens.

On the other hand, trying to tell a bible story can go awry without the right backers, as Paramount learned with “Noah.” The studio had to scramble to appease religious organizations during its marketing of “Noah,” an epic film from Darren Aronofsky that didn’t quite resemble the sweet little Sunday School tale about an ark and marching animals that most people learn.