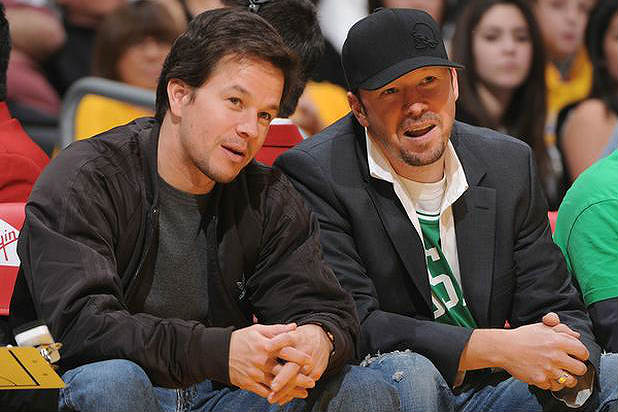 The Brothers Walbergh are franchising: Mark and Donnie Wahlberg are expanding the family business with the A&E reality show “Wahlburgers,” about their Boston restaurant.

The show is no joke: Donnie Wahlberg announced on “The Arsenio Hall Show” Tuesday that it will debut in the plum time slot after “Duck Dynasty,” TV’s biggest reality show, on Jan. 22 at 10:30/9:30c.

They’ll be joined by the Wahlberg they say is their “most talented sibling,” their older brother Paul (pictured with Mark Wahlberg). The restaurant is based in their old neighborhood, and the supporting cast includes Johnny “Drama” Alves, who was the inspiration for Johnny Drama on Mark Wahlberg‘s HBO series “Entourage,” as well as their mother,  Alma.

The “Ted” and “Blue Bloods” stars are co-owners of the restaurant, where their mother works.

“We’re thrilled to partner with the entire Wahlberg family as they graciously lift the curtain to share this new side of their story,” said David McKillop, general manager of A&E Network. “This series offers viewers a new take on the celebrity reality series showcasing one of America’s favorite families.”

The focus will be on Paul, one of the nine Wahlberg siblings. He tries to uphold the proud Wahlberg name, with his brothers help, as he deals with kitchen situations, an expansion, and capturing the flavor of their Dorchester roots.