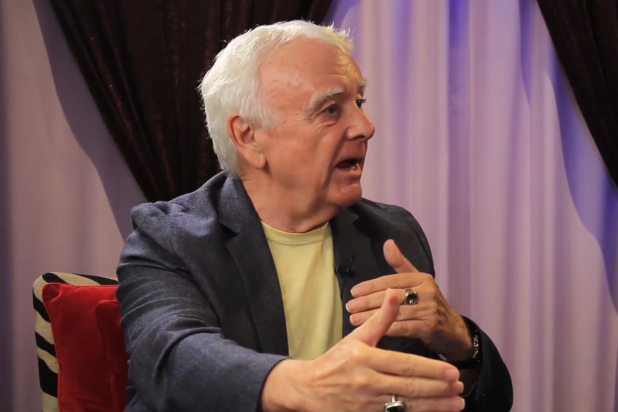 Mark Elliott, the renowned voiceover artist for Disney movie trailers and other television and home video promotional material from the 1970s to the early 2000s, has died. Elliott was 81.

Elliott died Saturday in a Los Angeles hospital after suffering two heart attacks, according to The Hollywood Reporter, which first reported the news. Elliott was also battling lung cancer.

Elliott also did the original radio spots for “Star Wars” along with promos for “The Muppets” franchise, “Chariots of Fire” and “Smokey and the Bandit.”

Elliott was born John Harrison Frick Jr. in Cedar Rapids, Iowa, on Sept. 24, 1939. Elliott started his career as a disc jockey on commercial radio at several local stations in 1957.

“While we’re working on [‘Smokey and the Bandit,’ the voiceover studio] came to me and they said, ‘We got this director who’s making us nuts, just driving us crazy,'” Elliott told VO Buzz Weekly in 2015 about booking the “Star Wars” gig. “‘He can’t decide how he wants to promote [his movie], if you’ll work with us on spec when he makes his mind up on what he wants, we’ll see that you get a big piece of the action.’ “

Later that year in 1977, Elliott would book his first Disney gig, providing the voiceover for the theatrical re-release of “Cinderella.” The Disney gig would last for the next three decades as Elliott became the voice for the company, lending his voice to theatrical trailers, previews and bumpers for home video releases, along with providing narration for “The Magical World of Disney.”

Outside of Disney, Elliott also did the promo the for “M*A*S*H” series finale in 1983.