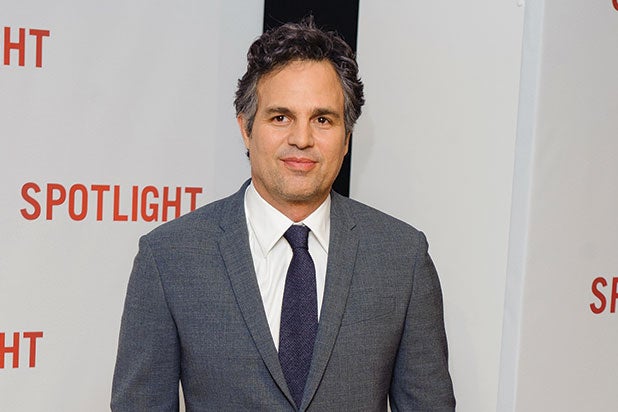 Mark Ruffalo is all wet with his opinions on the Flint, Michigan, water supply. At least, that’s the claim made by Marc Edwards, the Virginia Tech professor and environmental engineer who helped uncover high levels of lead in drinking water deriving from the Flint River.

In a scathing post on the Flint Water Study website, Edwards took aim at Ruffalo, after the “Avengers” star suggested that it’s dangerous to bathe and shower in water from the city’s municipal supply.

Lest anybody be confused about his stance on the matter, Edwards titled the post, “A-List Actor But F-List Scientist: Mark Ruffalo Brings Fear and Misinformation to Flint.”

Edwards took issue with Ruffalo’s appearance on CNN earlier this month, during which the actor suggested that disinfectant byproducts might be coming from “corroded lead” or “galvanized iron pipes,” making it dangerous to bathe in Flint water.

“Where the problem really lies … is not the EPA, nor the State of Michigan, nor Dr. Mona or Marc Edwards, can tell the people of Flint it is safe to bathe in Flint water because there are no standards,” Ruffalo told CNN. “We do not know where these disinfection byproducts (DBPs) are coming from — are they coming from the corroded lead, or are they coming from galvanized iron pipes?”

In his post on Monday, Edwards blasted Ruffalo’s suggestion as “absurd.”

“Ruffalo’s absurd hypothesis that DBPs in Flint could be coming from ‘corroded lead’ or ‘galvanized iron,’ defies basic laws of physics and chemistry,” Edwards asserted. “Indeed, we do know where DBPs come from — they do not come from corroded pipe.”

“Clearly, false and unsubstantiated claims about water safety can hurt innocent people, just like shouting ‘Fire’  in a crowded movie theater,”Edwards continued. “Mr. Ruffalo and Water Defense should be ashamed of themselves. Flint residents currently need funding and moral support — not pseudoscience and false alarms.”