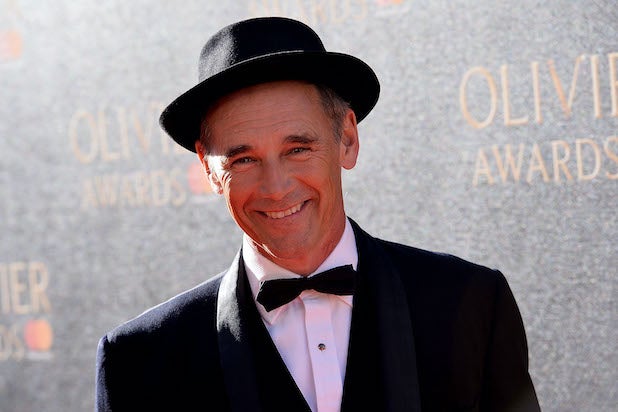 Mark Rylance is taking a mulligan on his next project, signing on to play Maurice Flitcroft in a new film called “The Fantastic Flitcrofts” about the man who qualified for the British Open Golf Championship in 1976 and subsequently shot the worst round in Open history.

Craig Roberts (“Just Jim,” “Eternal Beauty”) will direct the heart-warming true story about the dreamer and unrelenting optimist Flitcroft who became a folk hero after his disastrous performance. Simon Farnaby (“Paddington 2”) is writing the screenplay for “The Fantastic Flitcrofts” based on his book “The Phantom Of the Open” Farnaby co-wrote with Scott Murray.

If you want to know just how bad Flitcroft was, he didn’t have a handicap and instead merely posed as a professional. And when he managed to qualify, he shot a round of 121, or 49 over par. Other pros even demanded a refund of their entry fees for having to play alongside him, and he was eventually banned from all of the club’s courses. Though in future years he would attempt to qualify again under pseudonyms.

Cornerstone Films will finance together with Len Blavatnik’s film investment arm AI Film (AI) and BBC Films. The film was developed by BBC Films and the BFI with National Lottery funding. Cornerstone Films will also handle worldwide sales and distribution and is presenting the film at the upcoming Cannes virtual market.

The film is produced by Nichola Martin through Baby Cow Films and Tom Miller from Water & Power Productions together with Kate Glover. Christine Langan and James Swarbrick are executive producers.

“I am particularly thrilled to be offered a comedy. I have had some of my best times in the theatre in comedies, “Boeing Boeing,” and “Twelfth Night” in the West End and on Broadway. This is the first comic film I have ever been offered. A comedy of character and situation which I love,” Rylance said in a statement.

Also Read: Tom Brady Is Mocked for His Golf Game... Until He Sinks a Birdie

“Audiences love real-life underdog stories and we couldn’t be more excited to bring to the market Simon’s wonderful script with the superb Mark Rylance as Maurice Flitcroft. A heart-warming comedy is exactly what we think buyers will be looking for,” Cornerstone Films’ Mark Gooder and Alison Thompson said in a statement.

“We are so excited to be bringing this very special project to life. Simon, Craig and Mark are an exquisite trio, and Maurice’s story – celebrating the power of the imagination and the bonds of family – is the perfect tale of hope for our times,” Martin said in a statement.

“With Simon’s incredible script and Craig’s unique vision, not to mention the brilliance of Mark Rylance, we can’t wait to get the wonderful true-life story of Maurice up and swinging on the big screen,” Miller said in a statement.

Rylance is an Oscar winner for “Bridge of Spies” and most recently starred in “Waiting for the Barbarians” with Johnny Depp. He’ll next be seen in Aaron Sorkin’s “The Trial of the Chicago 7.”