“Joe Bell,” the Mark Wahlberg drama that was first acquired by Solstice Studios for $20 million out of Toronto, has now changed hands to Roadside Attractions, which will release the film on July 23.

Solstice Studios has now exited the project, and the film will get a slower rollout beginning with 750 theaters. Vertical Entertainment has also come aboard to handle the film’s post-theatrical digital release.

Reinaldo Marcus Green directs “Joe Bell” from a script by “Brokeback Mountain” writers Diana Ossana and Larry McMurtry. The film is a true story of an Oregon father who pays tribute to his gay teenage son Jadin, embarking on a self-reflective walk across America to speak his heart to heartland citizens about the real and terrifying costs of bullying. 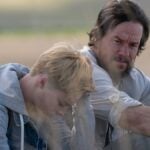 Starring alongside Wahlberg in the film are newcomer Reid Miller, Connie Britton and Gary Sinise.

“As parents and members of the LGBTQ+ community, we are thrilled that a star of Mark’s magnitude has chosen to share Joe Bell’s message of acceptance with filmgoers,” Roadside co-presidents Eric d’Arbeloff and Howard Cohen said in a statement. 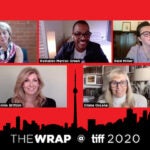 “With movie theaters reopening, we are excited to partner with exhibitors to bring the extraordinary story of Joe Bell and his son Jadin to audiences around the country,” producer Mark Wahlberg said.

“’Joe Bell’ has always been a labor of love and a story that we feel is necessary and resonant not only first and foremost for the LGBTQ+ community but universally for parents and caretakers at large.  We can think of no better home than Roadside Attractions, shepherded by Eric and Howard’s skillful leadership, to bring Jadin and Joe Bell’s story to theaters,” the film’s producers said in a joint statement.