Marnie Schulenburg, known for her roles in “As the World Turns” and the reboot “One Life to Live,” has died. She was 37.

“Her husband Zack Robidas and her daughter Coda are at their home in NJ,” Luker wrote in an email. “I can tell you that Marnie was a warrior goddess, who made everyone around full of joy.  A sad loss.” 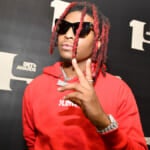 Schulenberg started her daytime career as Alison Stewart on “The Young and the Restless” in 2007. She also played Stewart on “As the World Turns” until the show was cancelled in 2010. She next picked up the role of Jo Sullivan in “One Life to Live” when the ABC show turned into a web series in 2013.

She also appeared in smaller roles for shows like “Blue Bloods,” “Royal Pains” and “The Good Fight.” This year she held a recurring role as Maggie Caysen on Showtime’s “City on a Hill.”

She Knows Soaps reported that Schulenberg was released from the hospital to spend Mother’s Day with her daughter Coda and husband Zack Robidas. 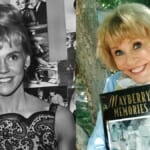 Schulenberg is survived by her daughter, who was born in December 2019, and husband.