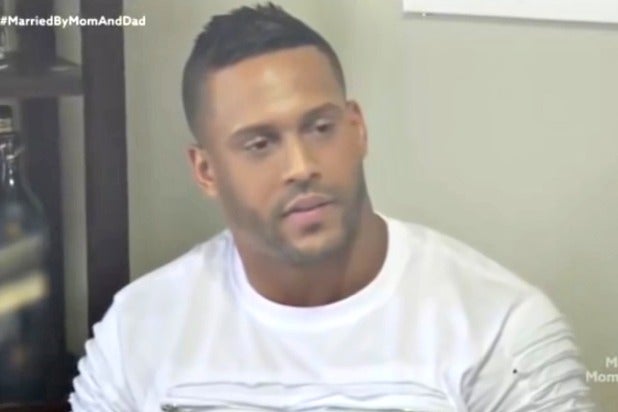 On this week’s “Married By Mom and Dad,” Devin has a little secret for his bride-to-be: He knows the wedding planner. Knows her very well. Like, in a Biblical sense.

“Let’s hope that she’s OK with me getting down with the wedding planner,” the muscled bridegroom says, hopefully, in this exclusive video obtained by TheWrap. Turns out that Devin and Britt met on Tinder, hooked up and have remained friends ever since.

TLC’s reality show follows a group of romantically unlucky singles who have finally given up on the dating scene and are allowing their parents to arrange a marriage for them from a pool of suitors.

If this sounds like a perfect plan that couldn’t possibly lead to any complications, then you don’t know much about the conventions of reality TV.

“Better her than me,” the wedding planner coos.

Also Read: 'America's Got Talent': Married Couple Jams to 'You're All I Need to Get By' (Exclusive Video)

The “Married By Mom & Dad” hunk also reveals that he’s not that taken with one of his candidates, Ursula, who reached out to contact him on social media. “I looked at two pictures of her, and she’s not really my style,” he says.