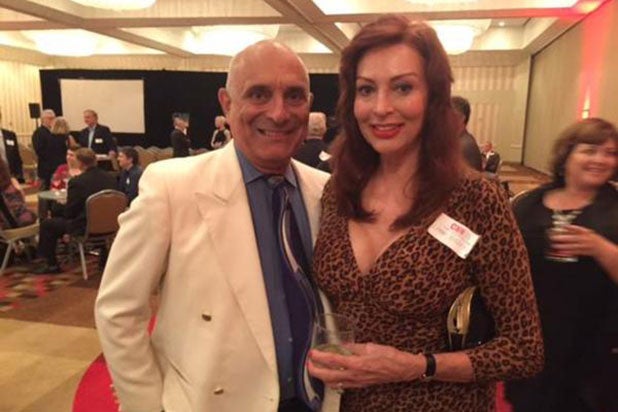 CNN reports that an intruder broke into the couple’s motel room, wielding what Russell described as “a 40-caliber big shiny silver handgun” and demanding their money and valuables.

Russell, a licensed private investigator, and de Caro, former Special Forces, were both legally carrying their own concealed weapons at the time.

Pretending to check her purse for valuables, Russell reached down and put one of the two handguns the couple had into the purse and handed the bag to her husband. When the gunman began firing on the couple, de Caro fired back, killing the intruder.

De Caro took three bullets, two to the abdomen and one to the leg, but avoided any fatal injuries. He was taken to the University of New Mexico hospital where he underwent surgery and will continue to recover.

“I am really proud of him,” Russell said. “I thank him over and over for saving my life. He really is my hero.”