Taylor Swift became the subject of conservative ire (again) this week when Republican Sen. Marsha Blackburn addressed the pop star’s left-leaning politics, claiming Swift would be the “first victim” of a Marxist society.

In an interview with Breitbart, the Tennessee senator spoke about Swift’s pointed attacks toward her and appealed for her support, suggesting the alternative is Marxist authoritarianism.

“Taylor Swift came after me in my 2018 campaign,” Blackburn said. “But Taylor Swift would be the first victim of that because when you look at Marxist socialistic societies, they do not allow women to dress or sing or be on stage or to entertain or the type of music she would have. They don’t allow protection of private intellectual property rights.” 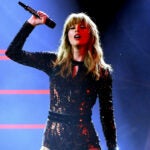 Blackburn continued: “When you talk about country music — and I know the left is all out now and trying to change country music and make it woke. When I’m talking to my friends who are musicians and entertainers, I say, ‘If we have a socialistic government, if we have Marxism, you are going to be the first ones who will be cut off because the state would have to approve your music.’”

Swift was historically silent on political matters up until 2018, when she publicly endorsed Democratic candidates in the 2018 midterm elections and criticized their Republican opponents, particularly Blackburn. Swift referred to the senator as “Trump in a wig” in her Netflix documentary “Miss Americana.”

“She gets to be the first female senator in Tennessee, and she’s Trump in a wig,” Swift said in the film. “She represents no female interests. She won by being a female applying to the kind of female males want us to be in a horrendous 1950s world.” 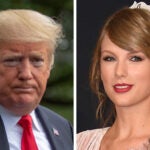 In a 2018 Instagram post, Swift further said of Blackburn, “Her voting record in Congress appalls and terrifies me. These are not MY Tennessee values.”

Unsurprisingly, Blackburn’s latest comments in her “feud” with Swift are earning plenty of eye rolls from Twitter users who stand firmly in the singer’s corner: