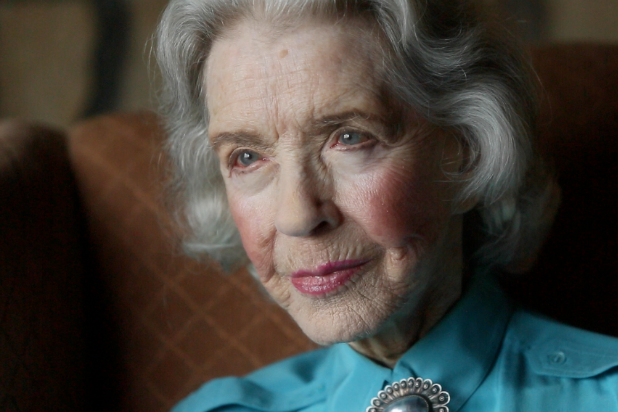 In “Marsha Hunt’s Sweet Adversity,” the titular actress recounts the time she was invited to speak on a radio broadcast of an American Jewish Congress meeting. The topic was The Radical Right: A Threat to Democracy. But before the first of the three speakers could get underway, he received word that his home had been bombed. So, too, was the home of the second speaker. When one of them got to his house, he found a swastika, a star of David, and “a Russia symbol” on his cars. One commentator notes that at the time, “to be a liberal was to be a left-winger was to be a subversive was to be a Communist was to be a spy.”

The year was 1962. But doesn’t this sound a little familiar?

Of course, this violence was a rather late reaction to the Red Scare of the ’40s and ’50s, not to a conservative president. Hunt, once an MGM darling, saw her career grind to a halt after she was blacklisted in a publication called “Red Channels: The Report of Communist Influence in Radio and Television” in 1950. (Her house had been spared the night of the AJC address because her address was unknown.) And when she was finally offered a part, she was blackmailed: If she didn’t sign a letter that professed her groveling repentance, that part wouldn’t be hers after all.

That situation worked itself out, because Hunt–at least according to this documentary by Roger C. Memos–is something of a saint. “Sweet Adversity,” unlike many biographical docs, is essentially one long interview with Hunt, now 100 years old. (The film itself is three, meaning that this footage is of the actress in her mid-90s.) Intelligent and well-spoken, Hunt relays her history with astonishing precision, recalling everything from how she got her start to the films that boosted her career to her interactions with Eleanor Roosevelt, who would mentor Hunt when she became involved with the UN. She’s a fervent patriot, having volunteered to entertain the troops during WWII and recording a radio ad for U.S. bonds. “I was pleased to do that,” she says. “Anything for my country.”

Most of the film, however, focuses on Hunt’s volunteer work, including her fight against the House Un-American Activities Committee and her activism against homelessness and hunger. Her globetrotting with her second husband, Robert Presnell Jr., is what alerted her to the extreme poverty around the world, and when she found out about the UN and its mission to bring nations together, she felt compelled to get involved: “I found this the best message I’d had heard, and I couldn’t wait to spread it.” She spent the next 25 years doing just that.

Memos does interview other people about his subject, including Leonard Maltin, Valerie Harper, Harry Belafonte, and various co-stars who gush about what a pro she was. Mostly, though, it’s Hunt talking, with either the camera trained on her or photos relating to the topic at hand onscreen. The director doesn’t get terribly creative with these; at one point when Hunt is telling of a meeting with John Huston at the Beverly Hills Hotel, he offers a black and white shot of the hotel’s interior. And although the footage of her isn’t flashy, it’s not static, either, to the doc’s slight detriment: The audio makes it sound as if Hunt’s commentary is running, but the film sometimes jumps to different angles or different takes altogether. It’s distracting, and you might need a few seconds to reorient.

“Marsha Hunt’s Sweet Adversity”– there’s no indication what the title means — gives a fairly comprehensive overview of the actress (and later fashion designer and songwriter) if you’re unfamiliar with her work. But anyone who’s paying attention to what’s going on in the U.S. may be more strongly struck by the parallels between Hunt’s time and ours. Regarding an organization called the John Birch Society, she says, “Something poisoned Americans’ views toward the outside world, and the Birch Society… was a very well-financed hate campaign against the UN.” Hunt fought against it as best she could.

After all, Harper notes, “When someone as prestigious as Marsha spoke on an issue, people would listen.”