A documentary is in the works on the life of Martha Stewart, with Netflix having won the rights to the film after it had been shopped to buyers, an individual with knowledge told TheWrap.

R.J. Cutler, the director most recently behind “Billie Eilish: The World’s a Little Blurry” and “Belushi” as well as the film “The September Issue,” is directing the film and will also produce.

As of now. the film is untitled and is only described as being about “the life and times of Martha Stewart.” But the film is likely to tell Stewart’s story beginning as a babysitter for the children of New York Yankees baseball greats Mickey Mantle and Yogi Berra up through her early modeling career and into her run as one of the most recognizable culinary personalities, TV hosts and entrepreneurs of the day. It’s unclear if it will also focus on the growth of her Martha Stewart Living Omnimedia empire or her 2004 prison stint for insider trading. 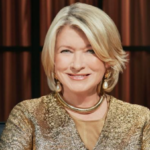 No timeline for the release plans for the documentary were revealed. 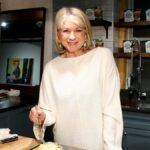 Also Read:
Martha Stewart Slams New York Post for Saying She Has Fewer Peacocks Than She Actually Does
x