Martha Stewart is setting the (admittedly odd) record straight for the New York Post — she does not have 16 peacocks on her farm. She has 21. And, apparently, they’re all living their best life.

On Saturday, the Post released a story about a man named Sean Flynn, who came to be the owner of three pet peacocks in 2017. In 2018, he obtained three more. But surprisingly enough, owning six peacocks doesn’t put Flynn anywhere near some other peacock owners — including Martha Stewart.

But when the New York Post reported in the story that Stewart has 16 peacocks on her New York farm, the businesswoman was having none of it. Calling the Post “fake news,” Stewart set the record straight — she definitely has more than just 16 of the colorful birds. 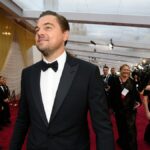 “The nypost again ‘fake news,'” Stewart tweeted. “They have a story on peacocks today and say I have sixteen on my farm I actually have 21 of these glorious birds whose house is impeccable. They do not smell. They are so clean! Their voices are loud but such fun to hear. They are so friendly.”

Arguably, no one had “Martha Stewart defending her peacock farm” on their Sunday morning bingo card, but that said, no one is really mad about it. In fact, before the hour was up, multiple people spoke out for Team Stewart.

At some point though, we’re definitely going to need a tour of that peacock farm.