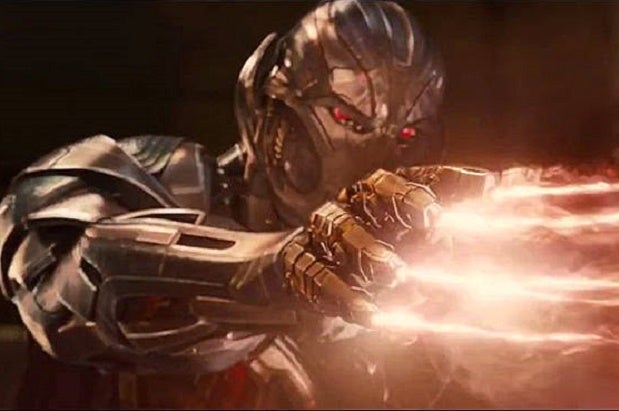 Marvel Studios’ “Avengers: The Age of Ultron” packed a mighty punch with a smashing $187.7 million North American debut at the box office this weekend. But its hopes of topping the record for the biggest movie opening in Hollywood history were knocked out by a high-profile boxing match.

Despite an electrifying U.S. rollout that kicked off summer, Disney’s superhero sequel will have to settle for the second-highest-grossing  three-day first weekend ever, behind the $207.4 million made by “The Avengers” in 2012. Disney and Marvel have the third-best too, with “Iron Man 3” opening to $174.1 in 2013.

The other studios cleared out for the Marvel Comics-based blockbuster and there were no other wide openings, so Marvel’s 11th consecutive No. 1 opening was almost certain. But a slew of major sporting events including Saturday night’s pay-per-view TV bout between Manny Pacquiao and Floyd Mayweather, the Kentucky Derby and NBA Playoffs cut into the “Age of Ultron” grosses just enough to allow the original to retain the record.

“It’s hard to quantify the impact of one of the biggest sports days maybe ever,” Dave Hollis, Disney’s head of distribution, told TheWrap Sunday. “But our post-5 p.m. grosses for ‘Age of Ultron’ were 31 percent of the Saturday box office, whereas with ‘Avengers’ it was 37 percent and with ‘Iron Man 3’ it was 41 percent. When you shift six percent with the size of an opening we have here, it makes a difference.”

Hollis didn’t sound disappointed, even though most analysts had predicted “Age of Ultron” would break the record with a debut in the $210 million range.

“We’re truly proud of the second-biggest opening ever, and even more so that with Marvel we have the top three. We drove urgency, we got people excited and the weekend is a testament to the specialness and momentum of the Marvel brand, their world creation, and the storytelling and character development,” he said.

So Disney and Marvel can console themselves knowing distracted sports fans — the East Coast’s first sunny day in more than a week was also probably a factor — will be there next week. And that after adding $168 million from overseas this weekend, “Age of Ultron” has taken in $627 million at the worldwide box office in just 12 days of release, helping push the studio’s international grosses over the $1 billion mark for 2015.

“Age of Ultron” was operating in rare air all weekend. Its $87 million first day was the best Friday ever and the second-best single day ever, behind only “Harry Potter and the Deathly Hallows Part 2.” Its $56.6 million Saturday is the third best ever, and its Sunday is expected to rank with the best as well. And its opening weekend surpasses the entire domestic haul of “Captain America” ($177  million) and “Thor” ($181 million).

Even without the record, moviegoers went home happy and awarded “Age of Ultron” an “A” CinemaScore. The audience was 59 percent male and 59 percent over the age of 25, with adults making up 66 percent of the crowd, families 22 percent and teens 12 percent.

“These were fan boy driven movies at one time, said Hollis, “and these numbers that skew a little older and a little more even gender-wise show that they have become ‘everybody movies’  today.”

Giant screens, 3D and the premiums they bring were huge for “Age of Ultron.” RealD 3D screens brought in roughly $56 million, or roughly 30 percent of the grosses. IMAX delivered $18 million from 364 screens, a hulking $50,000 per-screen average, and eight of the top 10 locations. And the 400 Premium Large Format screens brought in a record $13.5 million, topping the $11.8 million mark set last month by “Furious 7.”