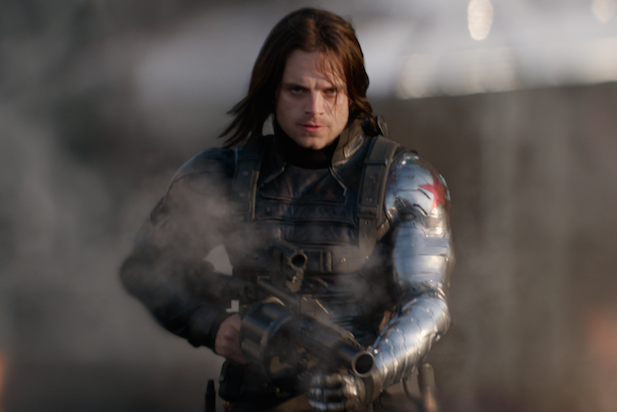 “I would say we’re still making something very original in our own way,” Stan told Collider in a recent interview. “I mean, [directors Joe and Anthony Russo] are coming in and taking something people are used to and they’re shaping it up and changing it in a very different way.”

“They’re not trying to mimic a better Christopher Nolan movie or something like that,” he added in what appears to be a clear jab at Snyder’s take on the DC universe.

Stan, who plays Bucky Barnes — a.k.a. The Winter Soldier — in the third “Captain America” movie hitting theaters on May 6, initially tried to resist retaliating during the interview, but clearly couldn’t resist.

“I’m sitting here and I’m listening to you and I’m thinking, ‘Do I want to fire some shots at DC right now, at Zack Snyder?'” Stan said. “I read some of those comments where he said something about Batman and Superman … something about, ‘It’s not going to be your flavor-of-the-week Ant-Man.’ And I was like, ‘Oh thanks, Zack. That’s great. Way to do something original.'”

Snyder’s comments came after Steven Spielberg was quoted predicting that “there will be a time when the superhero movie goes the way of the Western.”

“It goes to the mythological nature of the movies that we’re making. I feel like he’s right,” Snyder said in response. “But I feel like Batman and Superman are transcendent of superhero movies in a way, because they’re Batman and Superman. They’re not just, like, the flavor of the week Ant-Man — not to be mean, but whatever it is. What is the next Blank-Man?”