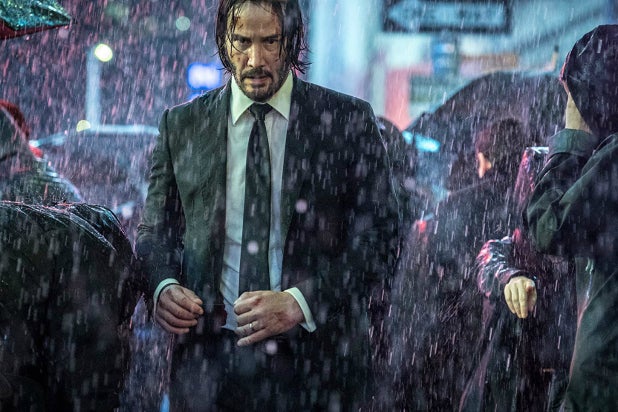 Fans of both the Marvel Cinematic Universe and the films of Keanu Reeves have so far been forced to enjoy both separately, but according to Marvel Studios boss Kevin Feige,  Marvel has been trying to recruit Reeves for years.

Speaking this week to Comicbook.com  about “Spider-Man: Far From Home,” Feige was asked if Marvel has ever reached out to Keanu for anything.

“We talk to him for almost every film we make,” Feige said. “I don’t know when, if, or ever he’ll join the MCU, but we very much want to figure out the right way to do it.” Whoah.

Feige specifically compared Reeves to Jake Gyllenhaal. Apparently, Marvel has also talked to Gyllenhaal “multiple times” before landing him as the villain “Mysterio” in “Far From Home,” and the Feige hopes something similar will eventually work out with Reeves.

Of course, now we’re dying to know what previous roles Marvel considered Keanu for. And were they heroic, or villainous roles? Did we almost end up with a super ass-kicking version of Justin Hammer? An extremely chill, nice-guy take on Doctor Strange? A tortured loner version of Ant-Man? Wait… was Keanu almost Thanos?