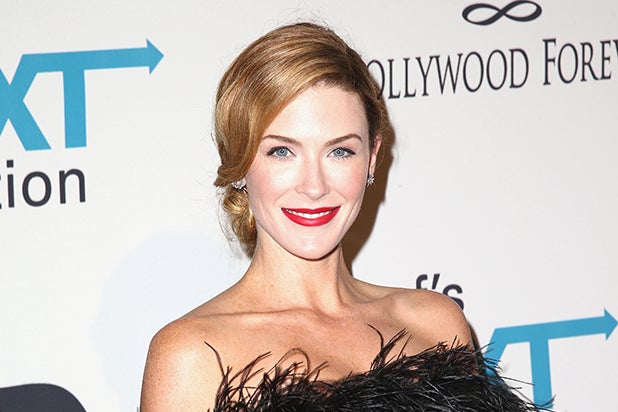 The 32-year-old actress will play Dottie, a recurring character described as “a small-town girl from Iowa who’ll have a huge impact on the life of Agent Carter.”

Regan is best known for a 10-episode run on USA’s Matt Bomer led crime-drama, “White Collar.” But she has had significant roles on two CW shows, “Beauty and the Beast” and freshman telenovela adaptation “Jane the Virgin.” The actress also co-starred alongside Keanu Reeves in his surprisingly successful revenge flick “John Wick,” playing a busty, tattooed bartender.

Set in 1946, “Agent Carter” stars Hayley Atwell (“Captain America: The Winter Soldier”) as Peggy Carter and Dominic Cooper (“Master and Commander: The Far Side of the World”) as Howard Stark. Both will reprise roles they established in “Captain America: The First Avenger.”

“Agent Carter’s” creators are Christopher Markus and Stephen McFeely, both of whom are also executive producers. ABC Studios and Marvel Television will produce.