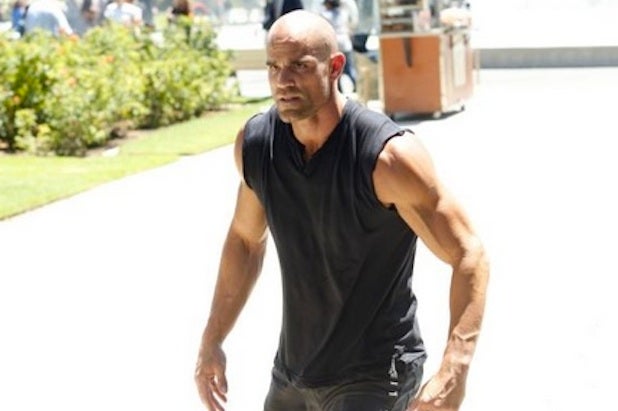 “Marvel’s Agents of SHIELD” is bringing Crusher to television.

Brian Patrick Wade will play Carl “Crusher” Creel, best known to comic book fans as the Absorbing Man, in the “SHIELD” Season 2 premiere on Sept. 23, Marvel said on its official site. He will be an antagonist to Coulson’s (Clark Gregg) team.

Carl “Crusher” Creel was a boxer and jailed criminal who becomes the Absorbing Man when he drinks a liquid which the Asgardian god Loki laced with rare Asgardian ingredients. He has the ability to mimic any form of matter or energy via physical contact.

MTV’s “Teen Wolf” fans will remember Wade in the recurring role of Ennis on Season 3. His many other numerous TV credits include recurring roles on CBS’s “NCIS,” “The Big Bang Theory,” and the HBO miniseries “Generation Kill.”

See the official first look from Marvel below: