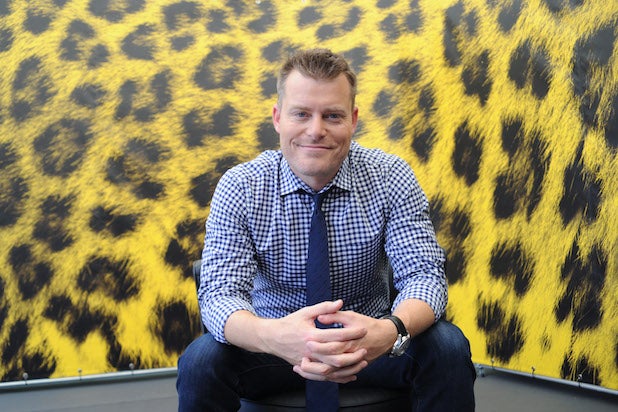 Rawson Marshall Thurber (“We’re the Millers”) is the frontrunner to replace Edgar Wright as the director of Marvel’s “Ant-Man,” multiple individuals familiar with the project have told TheWrap.

Marvel has declined to comment on all speculation surrounding the new director of “Ant-Man,” which the studio insists will make its current release date of July 17, 2015. A representative for Thurber did not immediately respond to a request for comment.

“Zombieland” director Ruben Fleischer is also in the mix for the high-profile job, but he just had a baby with his wife, publicist Holly Shakoor Fleischer, and may be reluctant to take a demanding gig that will require such a big  commitment. He’s also being considered to direct “Ghostbusters 3” for Sony, for whom he directed “Zombieland” and “30 Minutes or Less,” though that project isn’t heading into production nearly as soon.

Fleischer is coming off the flop “Gangster Squad” but he has a flair for visuals and proved he can balance action and comedy with “Zombieland.”

Adam McKay has been rumored as a third contender and while he makes the most sense, given his name value and that fact that he’s worked with “Ant-Man” star Paul Rudd multiple times, it’s believed that he has enough on his plate between producing Gary Sanchez movies and developing his own projects. McKay also favors an improvisation style that doesn’t quite fit within the carefully-modulated Marvel universe, and it’s unlikely he’d want to take over a movie that another director spent nearly a decade prepping, as he prefers to develop his own material.

See photos: 17 ‘Guardians of the Galaxy’ Screenshots From Marvel’s Space Oddity You May Not Have Seen

Thurber, on the other hand, is more willing to accommodate producer’s notes and serve a studio’s vision. Marvel often seeks out actors and directors with heat, and Thurber is coming off the surprise hit “We’re the Millers,” which grossed $269 million worldwide. His directorial debut, the relatively low-budget 2004 comedy “Dodgeball,” grossed $167 million worldwide. If Thurber ends up getting the “Ant-Man” job, it’ll be a true underdog story, as well as a natural progression of his career.

“Community” directors Joe and Anthony Russo hadn’t done a VFX-heavy action movie when Marvel hired them to direct “Captain America: Winter Soldier,” and that movie has been a huge hit, grossing more than $700 million worldwide.