While everyone seems to be chasing down flimsy leads about who’s playing Captain America, I’m left wondering: What the heck is Marvel thinking here?

It’s been a month since "Captain America" director Joe Johnston promised casting news within "a couple of weeks," and besides a disappointing (and ever-growing) list of actors I’d never dream of installing as the title character, we’re no closer to anything firm.

What’s more, the choices thus far send all kinds of mixed signals as to where they’re going with the character — except for the fact that they’re definitely keeping Steve Rogers white. To wit:

From the comedic to the robotic, that’s a pretty wide range of types, outside of race. And to be fair, Marvel hasn’t 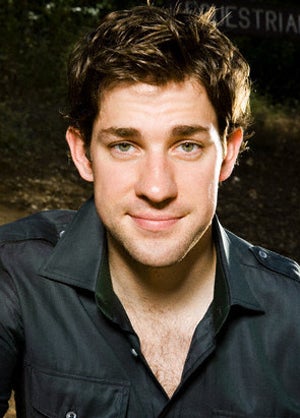 confirmed any of the above names, nor would it comment to TheWrap on Tuesday.

Which begs the question, what sort of vision does Marvel have in mind for the Cap?

Rogers was always a noble character, a straight-laced, selfless idealist who always went by the book and did the right thing while standing for life, liberty and the pursuit of happiness. (And unlike Robert Downey Jr.’s Tony Stark or even Tobey McGuire’s Peter Parker, he actually can resist a good wisecrack.)

I’m not sure how some of these actors reflect those values. Will Captain America be a tough-talking muscleman like Tatum; a genial-if-a-bit-goofy everyman like Krasinski; a young, pretty face like Crawford; or a corn-fed All-American boy-next-door-type like Porter?

None of them are exactly chameleons. Rogers will have to be tailored to fit their onscreen personas, when that shouldn’t necessarily be the case: The actor should fit the script, not the other way around.

Krasinski has been the presumed frontrunner for the role the last few weeks, but as much as I really like him as Jim Halpert on "The Office," I just can’t see him as Captain America, especially when that character is supposed to be the leader in a potential Marvel Universe movie that would include Downey Jr. and Edward Norton.

As far as the other contenders go, I could live with Evans ("Fantastic Four") manning the shield, and judging from the "Tron Legacy" trailer released last week, I think it’s safe to say that Hedlund is ready to take the next step in his evolution as a movie star. Phillippe may have the best chops, but at 35 he may be too old to star in an origin story.

Tatum has been repeating himself over and over, but I keep coming back to his breakout performance in "A Guide to Recognizing Your Saints." If Tatum could channel that kind of energy and emotion again, I’d be first in line, but the sad truth is that he hasn’t lived up to his dramatic potential.

I’m still not convinced that Marvel has found its Steve Rogers (and with only $300,000 budgeted for its leading man, who knows if it will), but the consideration of Tatum and Phillippe is at least a step in the right direction. Honestly, I’d take anybody besides Crawford (and Dane Cook).

The studio did just cast British-Australian Hugo Weaving as the villainous Red Skull, and is looking overseas for its leading lady, who is rumored to be played by either Keira Knightley, Emily Blunt or Alice Eve ("She’s Out of My League"). Marvel is aiming for a July 22, 2011, release, but "Wolfman" director Johnston is no stranger to having to rush to meet a deadline.

None of this answers the question: How is there not one non-white actor on this list? To have 10 actors reportedly in the running, with not a single one of them African American, Latino or otherwise, isn’t exactly representative of the American population these days. Why pass on a great opportunity for Marvel to think outside the box. After all, isn’t America a melting pot? 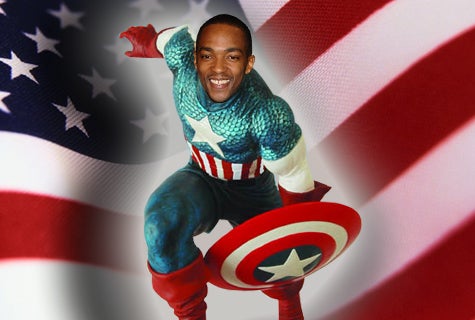 I should confess that I’ve never been a big comic book guy, so I’m finding it hard to drum up much enthusiasm for a Captain America movie — but that makes me exactly the type of ticket-buyer Marvel should be trying to court.

The die-hard Comic-Con crowd will see "Captain America" no matter who dons the shield. It’s the people on the fence with me whom Marvel needs to catapult this character into the realm of Superman, Iron Man and Batman.

The widespread speculation surrounding the Captain America casting is reaching absurd, almost unprecedented levels, even for the Internet, and the longer Marvel waits to announce it, the more its choice will be scrutinized.

Who do you think should be Captain America? Leave a comment below.