Are the bad hair days in the past for “Marvel’s Inhumans”?

This includes Medusa (Serinda Swan), whose hair has been the source of great debate among fans. After the show’s trailers were released this summer, viewers took to Twitter to grouse that the wig looked fake.

Also Read: 'Inhumans' EP Has 'No Idea' How Much ABC Show's IMAX Tickets Will Cost Fans

Swan defended the much-derided tresses during a Television Critics Association presentation earlier this month, explaining that the character’s hair required new developments in software and CGI.

Channing Dungey, entertainment president for the network, acknowledged at TCA that the show initially received negative fan reaction to the wig.

“This is still a work in progress,” Dungey said about the show. “We’re coming down to the wire on some of the special effects.”

Check out the poster below. 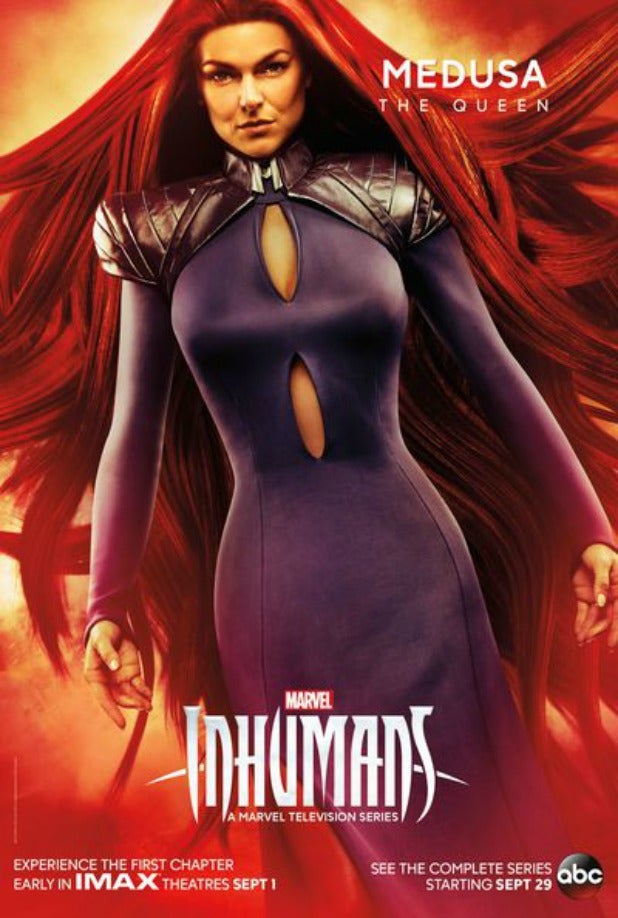 “Marvel’s Inhumans” premieres in IMAX on Sept. 1 for a two-week run before its two-hour ABC launch on Sept. 29.