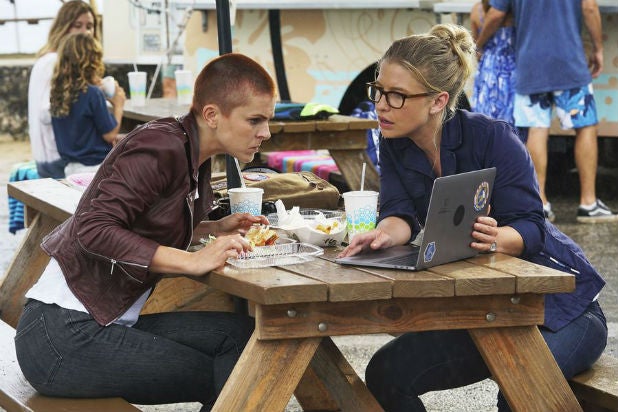 “Marvel’s Inhumans” appears to still have its work cut out when it comes to winning over the naysayers.

The ABC drama, which launched last month, currently holds an eight percent freshness rating on Rotten Tomatoes and has been subject to fan criticism since its first trailers debuted over the summer.

The show’s Twitter account shared a trailer for this week’s new episode on Friday, and while some people responded with excitement, the footage definitely received its share of snark.

“Literally no one cares,” wrote one individual.

“Wow. The producers even snuck in there a generic car chase,” tweeted another unimpressed viewer.

The series that stars Serinda Swan (Medusa), Anson Mount (Black Bolt) and Iwan Rheon (Maximus) was termed a “work in progress” by ABC Entertainment president Channing Dungey during a press event in August.

literally no one cares

Wow. The producers even snuck (sneaked) in there a generic car chase.

Ya know if this hadn't be trash show, Black Bolt would of have soar in the air. why is this show still airing?

Hey lets take the one cool thing Medusa had and take it away! Sounds like a great plan.

After tonight we'll be halfway done with Marvel's #Inhumans… pic.twitter.com/5CBaupOsTo