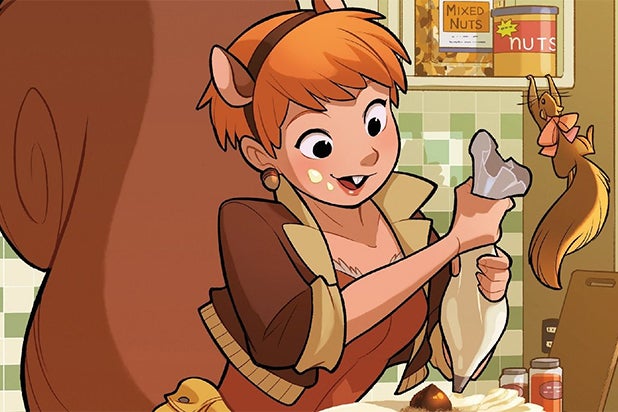 Marvel fan favorite Squirrel Girl is finally getting the live-action treatment in “Marvel’s New Warriors,” which was ordered straight-to-series at Freeform.

“New Warriors” is about six young people with powers and abilities described as being on the “opposite end of the spectrum of The Avengers.” They’re young and want to make a difference in the world, but are a bit out of their depth.

“‘Marvel’s New Warriors’ is about that time in your life when you first enter adulthood and feel like you can do everything and nothing at once – except in this world, bad guys can be as terrifying as bad dates,” Freeform stated in a press release.

Take for example Squirrel Girl, real name Doreen Green, who has all the powers of a squirrel and a girl. She’s acrobatic, can talk to squirrels (she has a trusty sidekick squirrel named Tippy Toe), and is super strong. She also has a big, bushy tail.

She may not have the flashiest powers, but in her most recent self-titled comic, “The Unbeatable Squirel Girl,” written by Ryan North, she’s taken on a number of big Marvel universe villains, including Galactus — the planet eater.

The rest of the cast hasn’t been announced. However, frequent members of the team in the comics include Nova, the Scarlet Spider, Justice, and Hummingbird.

“‘Marvel’s New Warriors’ have always been fan favorites, and now particularly with the addition of Squirrel Girl, they are Marvel Television favorites as well,” head of Television and executive producer Jeph Loeb said a statement.

Freeform has ordered ten 30-minute episodes that are set to premiere in 2018.

This is the second Marvel series ordered at Freeform. The first is “Marvel’s Cloak & Dagger,” which follows two runaway teenagers learning to grapple with their new powers.

“After the amazing experience we’ve had with Freeform on ‘Marvel’s Cloak & Dagger,’ we can’t think of a better place for our young heroes,” Loeb added.

Other Marvel series in development include a “Runaways” adaptation over at Hulu and “Marvel’s Inhumans,” which will premiere at an IMAX event.