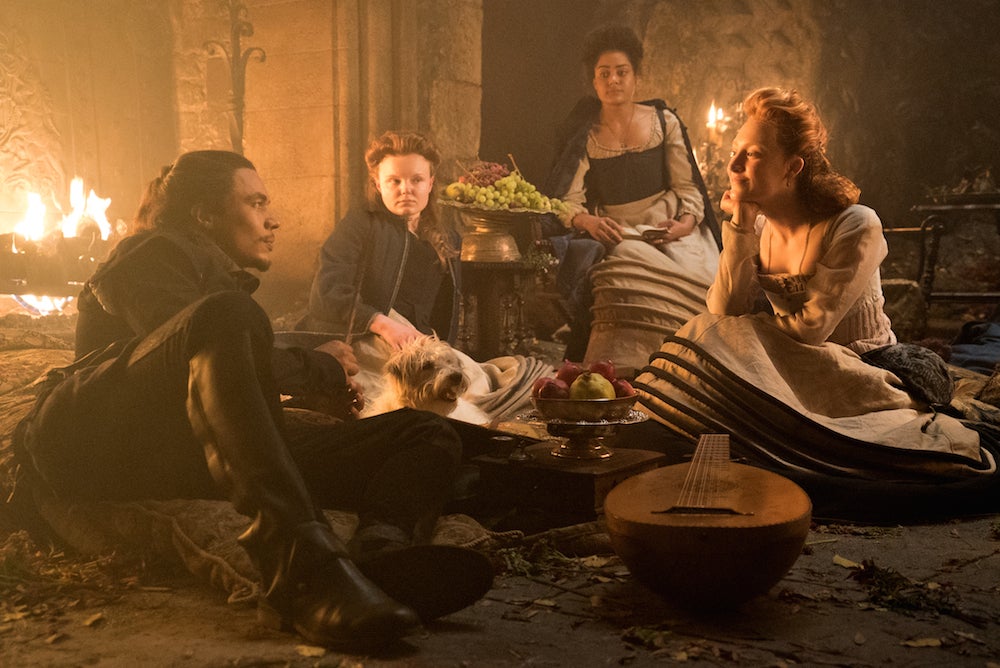 (Spoilers ahead for “Mary Queen of Scots”)

“Mary, Queen of Scots,” the feature film debut of stage director Josie Rourke, is filled with all of the backstabbing, palace intrigue and secrecy you’d expect from the Elizabethan era.

One of the film’s secrets actually leads to a treasonous bit of palace intrigue and literal backstabbing.

In “Mary, Queen of Scots,” which stars Saoirse Ronan in the titular role and Margot Robbie as Queen Elizabeth I, Mary’s Italian-born courtier and confidant David Rizzio (Ismael Cruz Cordova) is heavily implied to be gay. Mary says at one point during the film, as he’s dressed in a dress pretending to be one of her chambermaids, that she does not hold Rizzio’s “nature” against him.

The historical record is unclear, but Rourke told TheWrap, “There is strong evidence to support that Rizzio was gay and even identified as such then.”

Screenwriter Beau Willimon, who wrote the script based on the work of British historian John Guy, told TheWrap that during that era, there wasn’t the same notion of straight or gay and that there likely would not have been the same uproar then that would come in later centuries for same-sex dalliances.

In the film, Mary finds her newly married husband, Lord Darnley (Jack Lowden) in bed with Rizzio one morning after their wedding. She feels betrayed by Rizzio and is embarrassed by her drunkard of a husband. Willimon said this was a betrayal of the power structure, not shame.

The film uses this transgression as the catalyst for the lords of Scotland to essentially blackmail Darnley into agreeing to murder Rizzio, painting Rizzio’s close relationship with Mary as an adulterous one and sweeping under the rug his own relationship with Rizzio.

It is true that Darnley, along with the lords, did have Rizzio murdered and that it was represented as being because he was jealous of Rizzio and Mary’s relationship — there were even rumors that Rizzio was actually the father of Mary’s then-unborn child.

Historians are murky on whether a secret relationship with Rizzio was an underlying driver of Darnley’s betrayal. Still, there is evidence that the two did in fact have a close relationship. “There’s a fair amount of history that points to this,” Willimon told TheWrap. “We do know that Darnley had sexual relationships with other men, but there was no notion of ‘gay’ or ‘straight’ in the 16th century.”

Guy has said that Rizzio and Darnley having a sexual relationship is true to history, and in British historian Anna Whitelock’s book “Elizabeth’s Bedfellows: An Intimate History of the Queen’s Court,” she writes that Rizzio and “Darnley himself ‘would lie sometime in one bed together.'”