(Warning: This post contains spoilers for Thursday’s “The Masked Singer,” which was Night 2 of the two-part Season 6 premiere.)

“The Masked Singer” kept fans on their toes with the second night of its Season 6 premiere, an hour that began with an unmasking and ended with a cut and another reveal.

First up, we learned the true identity of Mother Nature, who was the second contestant cut on Night 1 of “The Masked Singer” Season 6 premiere Wednesday, but was not actually unveiled before the show ended. Viewers saw the green goddess actually take off the mask on Thursday’s episode, revealing Vivica A. Fox underneath. 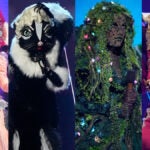 She was chosen to be cut after Octopus, who was unmasked during the episode and turned out to be Los Angeles Lakers player Dwight Howard. (Readers can find TheWrap’s interview with the NBA star about his time on “The Masked Singer” here.)

Next, it was time for not just the three remaining Group A contestants — Pufferfish, Skunk and Bull — to perform, but also the two Wildcards introduced to the lineup as well: Hamster, who sang “Oh, Pretty Woman” by Roy Orbison, and Baby, who belted out Barry White’s “You’re the First, the Last, My Everything.”

During the episode, host Nick Cannon introduced the judges to Take It Off Buzzer, a new element for Season 6 of “The Masked Singer,” which can be used only once per group. The function of the buzzer is to allow a judge, if they are 100% certain, to immediately guess the identity of a contestant and unmask them. If they are right, the contestant has to unmask and immediately leave the competition, and the judge gets two points toward their first-impression guesses tally and are closer to winning the Golden Ear Trophy. But if they are wrong, the contestant stays masked and in the game and the panelist is “significantly punished.” 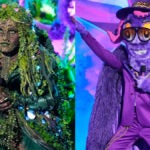 So that means the judges can use the Take It Off Buzzer once with the remaining Group A contestants, and once with the still-to-come Group B contestants, who will also include some Wildcard competitors along the way to bring the total number of celebrities competing this season to 16. And then, by the end of Season 6, the two finalists from each group will go head to head for the Golden Mask Trophy.

Ken hit the buzzer tonight, because of course he did, but just to hear the noise and Cannon agreed to let it slide.

At the end of the episode, when the votes were tallied, it was decided that Pufferfish would be the third contestant eliminated from Group A. She was unmasked to reveal Toni Braxton.