Paramount+ released the first full trailer for their long-in-the-works adaptation of the video game “Halo” during Sunday’s broadcast of the NFL’s AFC Championship Game on CBS.

The series will debut on March 24. You can watch the trailer in the video above.

According to Paramount+, the series “will take place in the universe that first came to be in 2001, dramatizing an epic 26th-century conflict between humanity and an alien threat known as the Covenant. ‘Halo’ will weave deeply drawn personal stories with action, adventure and a richly imagined vision of the future.”

“Halo” was ordered to series at Showtime in 2018 but was eventually rerouted to Paramount+ in somewhat of a trade for “The Man Who Fell to Earth.” 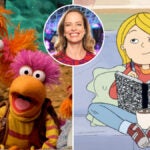 It’s been slow-going for the “Halo” adaptation over the past few years, which underwent a director change in 2019 when Otto Bathurst stepped in for Rupert Wyatt, and, much like every other series, has been delayed due to the pandemic. Additionally, co-showrunner Kyle Killen stepped down and the other showrunner Steven Kane will depart after the season, meaning that a potential Season 2 would need a new showrunner.