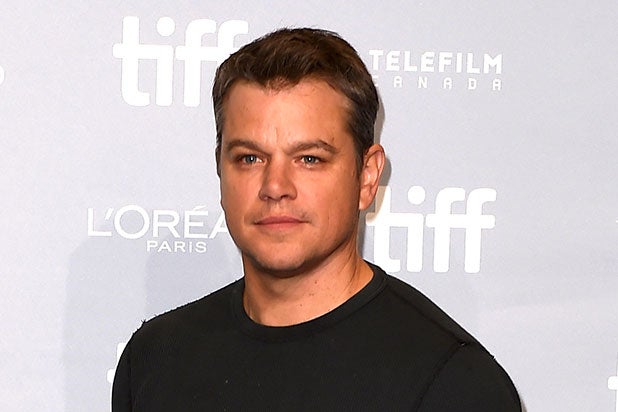 Matt Damon has apologized for comments he made in December about sexual harassment, saying he should now “get in the back seat and close my mouth for a while.”

“I really wish I’d listened a lot more before I weighed in on this,” Damon said during his appearance on the “Today” show. “I don’t want to further anybody’s pain with anything that I do or say. So for that I am really sorry. A lot of those women are my dear friends and I love them and respect them and support what they’re doing and want to be a part of that change…but I should get in the back seat and close my mouth for a while.”

In December, the actor appeared on ABC News when Peter Travers asked him about his reaction to the sexual misconduct accusations, especially since he is the father of four girls.

“I think we’re in this watershed moment,” Damon said. “I think it’s great. I think it’s wonderful that women are feeling empowered to tell their stories, and it’s totally necessary … I do believe that there’s a spectrum of behavior, right? And we’re going to have to figure — you know, there’s a difference between, you know, patting someone on the butt and rape or child molestation, right?”

The actor also spoke about Louis C.K., who was accused of sexual misconduct by five women, saying, “When he came out and said, ‘I did this. I did these things. These women are all telling the truth.’ And I just remember thinking, ‘Well, that’s the sign of somebody who — well, we can work with that’ …”

Damon also said that Al Franken and Harvey Weinstein “don’t belong in the same category,” and once again said “nobody who made movies for [Weinstein] knew” about the sexual harassment and inappropriate behavior he is being accused of.

His remarks riled up fans on Twitter, and even “Good Will Hunting” co-star Minnie Driver weighed in to condemn Damon’s mansplaining, especially his comments about C.K.