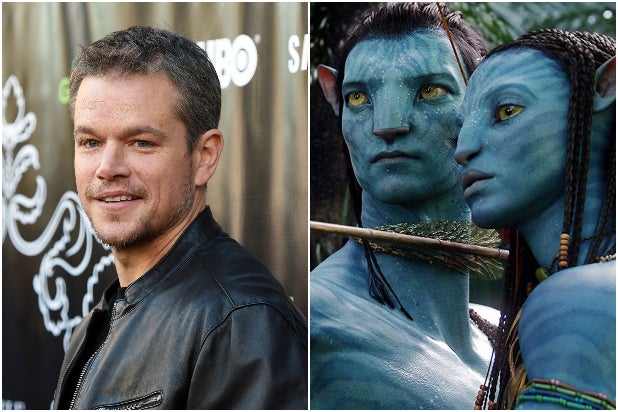 Matt Damon could’ve been living it up in blue — or almost definitely in green. Damon said not only did he pass on the opportunity to star in James Cameron’s “Avatar,” but also on Cameron’s offer to earn a cut of the film’s profits.

In an interview with British GQ from Tuesday, the “Ford v. Ferrari” star said that Cameron offered him a whopping 10 percent of the film’s profits. That would’ve been roughly a quarter of a billion dollars of the film’s $2.7 billion that it made following its release in 2009. It’s the second-biggest movie of all time, bested only by this year’s “Avengers: Endgame” (if you discount inflation).

Damon was talking about taking projects he cares about and the prospect of one day being in a position where he might not be a movie star. Bet he would’ve liked the “Avatar” nest egg to fall back on, huh?

“And if I fail, if the phone stops ringing, which it does for everybody, I just want to look back and go, ‘You know, there wasn’t a moment when I said, ‘Now I’m just going to blow it all up,'” Damon said in the interview. “But in a related story… Jim Cameron offered me ‘Avatar.’ And when he offered it to me, he goes, ‘Now, listen. I don’t need anybody. I don’t need a name for this, a named actor. If you don’t take this, I’m going to find an unknown actor and give it to him, because the movie doesn’t really need you. But if you take the part, I’ll give you ten percent of…’ So, on the subject of money.”

That “unknown actor,” of course, was Sam Worthington. He’s quite a star on the level of Damon and likely didn’t get that same cushy parachute made of solid gold “Avatar” money, but he is returning for the four sequels that Cameron is slated to release over the next decade.

Damon said that the one big regret of this wasn’t so much that he skipped out on “Avatar” specifically — since he was working on “The Bourne Ultimatum at the time — but that he missed the chance to work with Cameron.

“Cameron said to me in the course of that conversation, ‘Well, you know, I’ve only made six movies.’ I didn’t realize that,” Damon said. “He works so infrequently, but his movies, you know all of them. So it feels like he’s made more than he has. I realized in having to say no that I was probably passing on the chance to ever work with him. So that sucked and that’s still brutal.”

But hey, at least he got to make “We Bought a Zoo.”

Check out the full interview with Damon and Christian Bale at GQ UK.