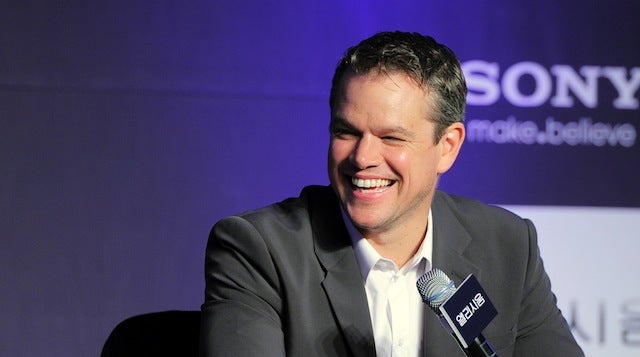 Matt Damon is in early talks to make his directorial debut with "A Murder Foretold," and has joined the star-studded cast of Christopher Nolan's "Interstellar" for a small role, people close to the respective projects have told TheWrap.

Written by Oscar-winning "Argo" scribe Chris Terrio, “A Murder Foretold” tells the true story of a man who’s gunned down in Guatemala, and leaves behind video evidence implicating the South American nation’s president, his wife, and other close aides.

Set up at Paramount and Indian Paintbrush under Steve Zaillan’s Film Ritesproduction banner, the project is another shot at the director’s chair for Damon, who was supposed to direct “Promised Land” — before “Elysium” reshoots got in the way.

Damon's "Interstellar" role was not disclosed, but ThePlaylist, which broke the news of both his casting and "A Murder Foretold" talks, said he’ll shoot for two weeks in Iceland, a small fraction of the four-month production. Damon adds another marquee name to the jaw-dropping cast led by Matthew McConaughey, Anne Hathaway and Jessica Chastain.

The hush-hush plot follows a group of explorers who travel through a wormhole and into another dimension. Nolan is producing with Emma Thomas and Lynda Obst.