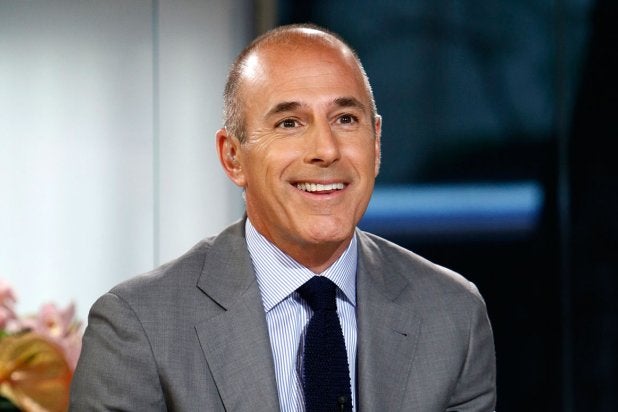 It’s been a rough week for “Today” co-host Matt Lauer, who has publicly denied a report that he’s having an affair with colleague Natalie Morales.

“It’s about family, and when you feel your family is being threatened and hurt, you speak up,” Lauer told writer Mike Lupica in a podcast posted Wednesday.

A story in the New York Post’s Page Six said an “inappropriate relationship” between the pair prompted NBC to shift Morales to “Access Hollywood.” But both Morales and Lauer have forcefully denied any affair.

“There is absolutely no truth to this completely absurd story,” Morales was quoted as telling Page Six.

“Every aspect of this story is untrue, and it’s frankly sad that someone would tell lies to harm everyone involved,” he said.

Why did Lauer choose to address the Page Six report instead of ignoring it? He said on the podcast that he felt his “family” was in jeopardy, although it’s unclear whether he meant his work or home family, or both. Lauer and his wife Annette have been married since 1998.

Lauer expressed no bitterness toward the media, of which he is a well-recognized (and at a reported $28 million per year, immensely well-paid) part.

“I don’t think you can complain about the jobs we have,” he said. “I think I’m probably the luckiest guy in broadcasting.”

You can listen here: