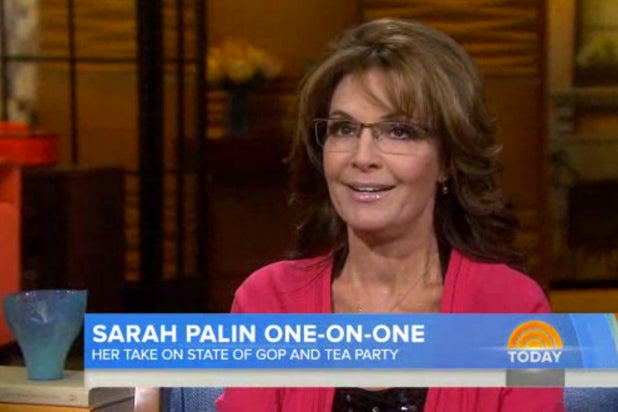 One-time vice presidential candidate and former Alaskan governor Sarah Palin stopped by the “Today” show on Monday, where she promptly got into with host Matt Lauer about healthcare.

Lauer asked if President Obama’s apology for the Affordable Care Act’s rollout woes was sufficient. Palin scoffed, asking “what apology?” and saying that the Healthcare.gov’s serious flaws were the least of America’s worries.

“This broken website, I think, is symbolic of a broken administration,” Palin said. “Take over one-sixth of our economy and the socialized medicine that’s being crammed down our throat — that’s what’s broken.”

Lauer then asked Palin what the Tea Party proposed as a solution to America’s health care problems, if Obamacare was not a workable one, and that’s where things got a little dicey.

Palin attempted to repeat her talking points instead. “It’s not just the independent grassroots Tea Party movement saying this, it’s many in the Republican party and many Democrats, too — “

“But where’s the plan from the Tea Party?” Lauer asked again.

” — especially Democrats in red states that are running for re-election who are — ” Palin continued.

She then said the Tea Party’s plan was to allow for healthcare reform to sort itself out in the free market and encourage more competition and “less tort reforms threats,” before going back to “what thwarts those plans is the far left. It’s President Obama and his supporters who will not allow the Republicans to usher in free market, patient-centered, doctor-patient relationship uh links to reform healthcare.”