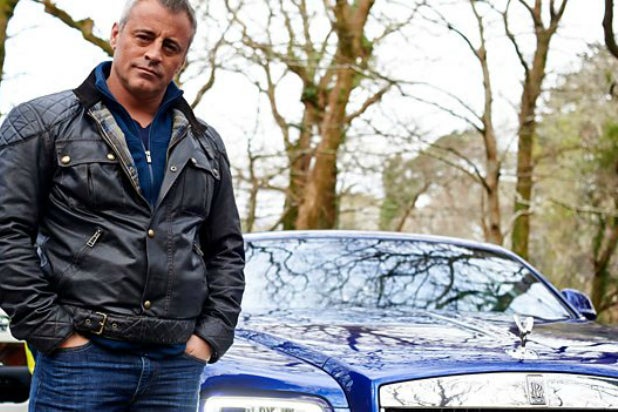 Previously, it was unclear if the “Friends” star would be the face of the BBC Two series’ upcoming 24th season. The show’s ratings weren’t very good after Jeremy Clarkson and the boys left, and LeBlanc himself was cagey about a comeback when asked recently by TV critics.

Still, it’s on, and LeBlanc will be joined by Chris Harris and Rory Reid, with regular appearances from Eddie Jordan, Sabine Schmitz and The Stig. Chris Evans announced he’d be stepping down earlier this summer. Since then, reports of a rift between him and LeBlanc have been mounting, though the two have denied the idea.

“I am thrilled that Matt LeBlanc is returning to ‘Top Gear,'” Patrick Holland, channel editor, BBC Two said Monday in a statement. “He’s a huge talent whose love of cars is infectious. I can’t wait for the series to return to BBC Two next year.”

“Matt was hugely popular with ‘Top Gear’ viewers last series with his humour, warmth and obvious passion for cars and for the show, so I couldn’t be more delighted that he’s agreed to come back and do more for us,” Mark Linsey, director, BBC Studios added.