”We aren’t handing the IP to someone and letting them run away,“ CEO Ynon Kreiz tells TheWrap

Mattel announced on Monday that writer-directors and real-life couple Greta Gerwig and Noah Baumbach have been tapped to write a movie based on its Barbie doll, one of the first to be announced out of newly established Mattel Films as well as its first collaboration with Warner Bros. Pictures.

I caught up with Mattel CEO Ynon Kreiz — who took over the company a year ago — and executive producer Robbie Brenner, who heads the newly formed Mattel Films, at Fortune’s Brainstorm Tech conference in Aspen.

They spoke about “Barbie,” which has Oscar nominee Margot Robbie attached to star, and another five films based on IP like Masters of the Universe, Magic 8 Ball, American Girl and Hot Wheels that Mattel has in development with studio and producing partners like MGM, Warner Bros., Blumhouse and Sony.

Greta Gerwig and Noah Baumbach are bold choices for a “Barbie” movie. Who chose them?

Robbie Brenner: We make all the decisions with the producers.

Ynon Kreiz: The choice of the writers, the directors, cast, the story, the scripts.

Brenner: Ynon and I discussed it. We loved the idea, I loved the idea. Even in an intimate movie like “Lady Bird,” I found it so relatable. The characters were so dimensional and so rich. To me, when people say, “When someone directed a little movie, how do they make that leap (to a big-budget movie)?” It’s about the character. It’s about the story. You hire other people to help you render the world. But she is a brilliant storyteller.

Kreiz: The way we are approaching film is not to sell more toys. All of these projects are meant to be successful in and of themselves. We want to make movies that people want to watch and have cultural impact. If this movie is a success, good things will happen for the brand. When we approach a movie, the question is, what are the elements needed to make a great movie. There’s no questions about toys. That’s not even on the table. 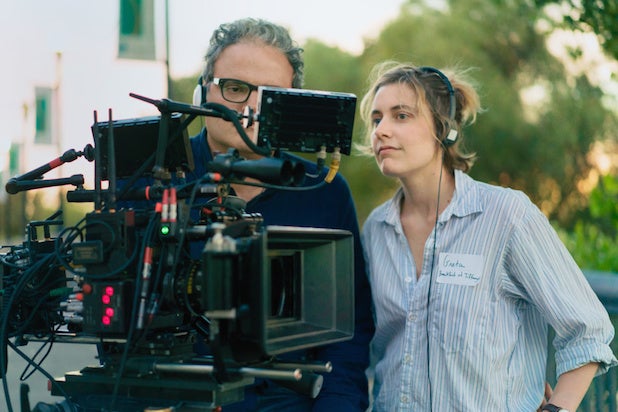 How did you appeal to Greta to make this movie?

Brenner: It wasn’t an autonomous decision. We collaborated with LuckyChap’s Tom Ackerly and Margot. Margot had a prior relationship with Greta. She had engaged her in several projects and wanted her to direct other things that she has. That hasn’t happened. We all discussed it. We said, “We should approach Greta Gerwig and Noah Baumbach.”

She happened to approach them and Greta said: “I love Barbie. I grew up with Barbie and I have so many stories… I really like this idea. I want to do this.”

Kreiz: There’s no playbook. There’s no formula. Together, we have good relationships. It’s about putting the different ingredients together and it’s different project by project.

How much ownership do you have in these films? Is it a half-and-half type of deal?

Kreiz: For each project, we partner with the best distributor, writer, director, actor for a project. We have an anchor partner that’s driving the film. Our job is coordinate it, to oversee the creative elements to make sure they are integral with the brand. But our partners drive the project.

That’s a very cost-effective way for you to participate.

Kreiz: This is how we do it at scale. We come in as the IP owner, as a producer. We work in partnership with the studios. They will participate (in profit) with toys and merchandising. What’s unique is that we aren’t building a studio. We aren’t staffing a studio.

And you aren’t planning to?

Kreiz: No. The movie business is risky in itself. The process is complicated. Instead of doing it all in-house, we say who is the best lead for “American Girl”? We scan the world. On six movies we have four partners.

How will “Barbie” be positioned in this feminist society? And if Greta wants Barbie to buzz-cut her hair, can she do that?

Brenner: We don’t want to alienate mothers and kids. Of course there’s going to be a wink and a nod, because that’s what Greta does.

Kreiz: It’s a conversation. We aren’t handing the IP to someone and letting them run away. It’s a collaborative process. When you bring in a partner, we are already on the same page. Robbie is directly involved. We read every version of the script and treatments.

Brenner: We are living in an interesting time for women. The diversity of women and where they are in the world, the movie will probably say something about that.

She has the opportunity to do what Gal Gadot did in “Wonder Woman” — that would be a home run.

Kreiz: You have a top studio and top cast, top lead. The reason we like Margot so much is that she represents character and personality.