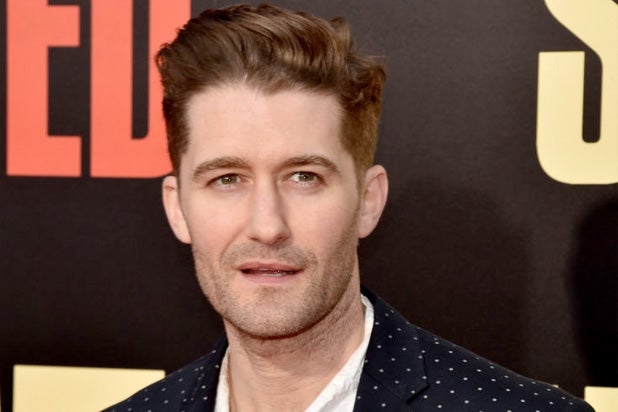 Matthew Morrison has expressed his “outrage” after PETA released a video it says depicts a caged dog being flung into a “frigid” river on the set of the actor’s upcoming sci-fi movie “Crazy Alien.”

In a tweet Thursday night, the “Glee” alum said that his “heart is broken” by the video, and added that he’s contacted the producers of the film to “express my outrage.”

“I’ve just been made aware and seen a video from the set of a film I worked on in China. My heart is broken to see any animal treated this way,” Morrison tweeted. “Had I been on set or known about this, I would have made all efforts to stop this. I’ve called the producers to express my outrage.”

I’ve just been made aware and seen a video from the set of a film I worked on in China. My heart is broken to see any animal treated this way. Had I been on set or known about this, I would have made all efforts to stop this. I’ve called the producers to express my outrage.

On Thursday, PETA released footage depicting a German shepherd being caged, suspended in the air and “plunged into a frigid, fast-flowing river” that it said was taken in Changsha, China, on November 28, 2017, in the early morning hours during production of Chinese director Hao Ning’s movie.

“The cage was completely submerged with the dog in it landing in a 10 m.p.h. current,”  an unidentified witness told PETA. “After five to eight seconds the director yelled out ‘cut’ Then the crew quickly hoisted the cage back onto land. The dog was not happy at all.”

The whisteblower called the incident “one of the worst animal cruelty acts I have ever seen” and said it “was just awful to witness as the torment went on.”

The whistleblower added that the director chose to film a second identical take of the scene, saying, “I could not believe my eyes. Same action being tormented and spun around at least 10 times before landing in the freezing water.”

The whistleblower said that the  air temperatures were in the 6 to 8 degrees Celsius range, or approximately 42 to 46 degrees Fahrenheit.

In a statement, the “Crazy Alien” production company apologized for the “mistake” during the shoot: “No explanation can excuse any distress caused to this innocent animal on our set, and we are deeply sorry.” Producers also promised “a full review of our live animal practices and safeguards going forward.”

All 6 'Benji' Movies, Ranked From Worst to Best (Photos)

Where does the new Netflix remake rank among the legendary dog’s body of work?

There was a time when Benji was the most beloved dog in America, and possibly the whole world. He was a scrappy, whip-smart little canine, and he had a tendency to find himself in one death-defying situation after another. He foiled kidnappers, international spies, murderers, poachers, and (in a long-forgotten television series called “Benji, Zax and the Alien Prince”), he made first contact with extraterrestrials.

Benji isn’t just cute, he’s a badass, and after nearly a decade-and-a-half he’s returning to feature films this week with “Benji,” a franchise reboot that’s exclusive to Netflix. To catch you up on the motion picture franchise, here are all of the "Benji" films in reverse order of quality, from completely unwatchable to totally paw-some.