In the latest of a troubling wave of book bannings in conservative states and districts, a Tennessee school board has unanimously voted to ban “Maus,” the Pulitzer-prize winning graphic novel by Art Speigelman about the holocaust, from its 8th grade curriculum.

“Maus” tells the story of Spiegelman’s parents’ experiences during and after the Holocaust, his troubled relationship with his father, his mother’s suicide in 1968, when Spiegelman was 20, and also advances a strong anti-racism and anti-religious prejudice message. Relying heavily on allegory, it depicts people of different nationalities as animals, with Jewish people always drawn as mice. (Other examples: French people are drawn as frogs, while Americans are dogs and Germans are cats.)

Though the news became public on Wednesday, just one day before Holocaust Remembrance Day (a Memorial Day held every year on Jan. 27), the vote by McMinn County School Board was held on Jan. 10. The school board insists that the ban, voted for on Jan. 10 but only just now brought to public attention, had nothing to do with the book’s content. Instead, the board insists, the vote was due to profanity and “female nudity.” 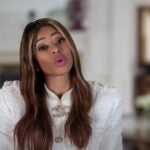 Of course, the “nudity” they cite occurs in the context of explaining the horrors of the holocaust, is not sexual in any way, and of course involves a cartoon mouse. Minutes from the Jan. 10 meeting show the school board considered censoring the book, but board members expressed concerns about copyright. So they banned the book instead.

Speaking to CNBC, Spiegelman called the ban “Orwellian” and indicated to the outlet that he believes the decision was, in fact, motivated by the content and not by the tepid moral qualms they claimed.

Serialized between 1980 and 1991, “Maus” was collected in two volumes and won a special Pulitzer prize in 1992, the only comic book so far to receive the honor.