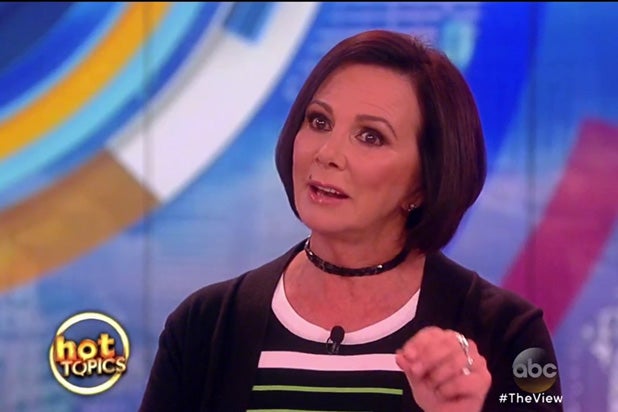 Sure, it’s one of the sillier questions you could ask about a double-murder trial. But the miniseries has suggested that whatever happened between them may have affected the case’s outcome.

In an appearance on Friday’s episode of the “The View,” Clark continued to dodge questions about Darden, simply saying that they were “partners” during the trial.

“He was my rock,” she told the panel of the ABC daytime show. “I don’t know if I would have survived that trial without him. So, that’s what I’m going to say.”

The vague statement falls in line with Clark’s other recent answers to the question, in which she acknowledged having formed a deep relationship with Darden, but avoided on talking directly about the nature of the relationship.

“We were really partners. We were trench mates,” she said during an appearance on “The Ellen Degeneres Show” earlier this week. “He wasn’t my second chair. A lot of times when you prosecute, you have a senior prosecutor and a junior prosecutor. It wasn’t like that. We were co-counsels, and he was my partner, and I can’t tell you how important it was to have him there.”

Even before the series premiered last month, Clark was answering the same question in the same way, telling ET: “Sometimes it would really get to me. And he would be there to say, ‘It’s alright, it’s going to be okay. If we just keep putting on the evidence, they’ll get it. They’ll get it.'”