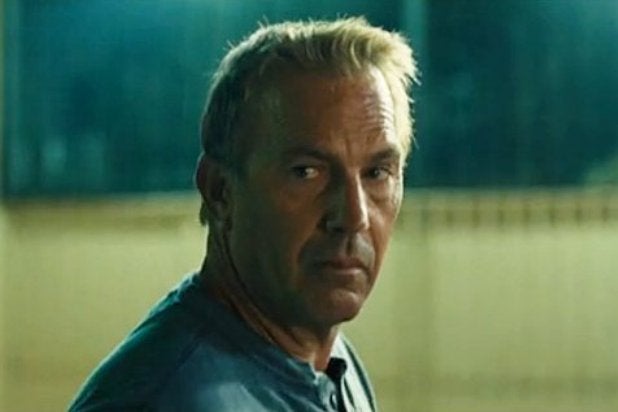 Like any cross-country race, “McFarland, USA,” starring Kevin Costner as the real-life coach who turned the sons of a small California farming town into unlikely State champions in the ’80s, has defined beginning and end points. The on-screen title “Based on a True Story” serves as the starting line; the film-closing “Where are They Now?” montage functions as the cool-down after the finish.

In both athletics and sports films, any number of things can occur between the opening gun and the closing ceremonies, and it’s what happens, and how it happens, along the way that makes “McFarland, USA” far better than recent examples of its ilk like “When The Game Stands Tall” or “Coach Carter.”

Directed by Niki Caro (“Whale Rider,” “North Country,”) “McFarland, USA” stars Costner as Coach Jim White, who came to the Central Valley California town of McFarland in 1987 for a last-chance job as a teacher and coach. Inspired by the fleetness of foot of Latino students — and with plenty of fun made about the fact that, yes, Mr. White couldn’t possibly have a more appropriate name — he forms a crosscountry running team with the aim of competing at the state level. Most of his charges wake before dawn to work in the fields, go to school, and then back to work again, so White must both motivate them and make it possible to have time to practice.

Caro’s previous films have been well-informed by the realities of family and obligation, work and community, and “McFarland” is no exception. Credited to the team of Christopher Cleveland and Bettina Gilois (“Glory Road”), as well as Grant Thompson, the script is most notable for how it takes the time and care to build stakes and reasons for each character. The film isn’t just about Costner’s beleaguered coach; it takes time and care with his runners, like Thomas (Carlos Pratts), who can’t quite reconcile the team’s aspirations with reality, or Danny Diaz (Ramiro Rodriguez), an oversized contender who’s nonetheless all heart.

Two other factors put “McFarland, USA” ahead of the pack of its peers: One is most assuredly the presence of Costner, who is never better than when he is playing a character who is humbled, as White is here. Jim has can-do determination, but his experience in the Central Valley is an eye-opener, a crash course in community, cultural interaction and the high cost of inexpensive produce. There’s a scene here where Costner’s coach paces and times a running boy with his truck, and it brings back memories of a similar scene in “American Flyer,” the 1985 film where Costner, in his youth, played a bicycle racer; if Costner has come full circle, well, he brings with him everything he learned along the way.

Also notable in “McFarland, USA,” is its cinematography by Adam Arkapaw and director of photography Terry Stacey (“50/50,” ‘This is Where I Leave You”), who both capture the beauty of California, from the flat farmlands of the Central Valley to the lush hills of Palo Alto. The running scenes are shot superbly, clean and clear and comprehensible, and even moments that could be cliché, like Costner enlisting the help of the town to throw a quinceañera for his daughter, wind up being far better-handled, and far more moving, than one might expect.

A feel-good movie that earns all those good feelings, “McFarland, USA” might be running on a predetermined track, but the heart it shows along the journey is what makes it a winner.