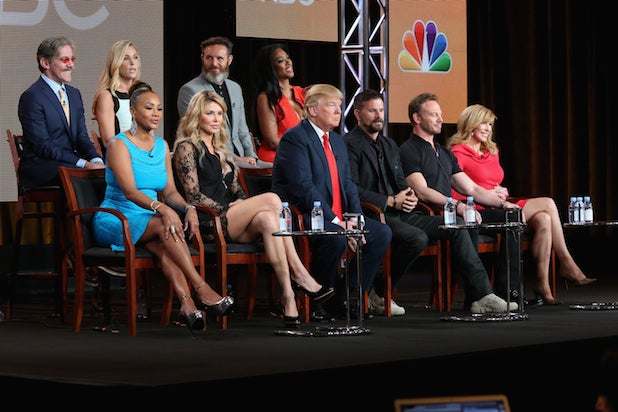 According to Trump’s spokesperson, he will retain an executive producer credit and a “big stake” in the reality show while in the Oval Office. However, in two Saturday morning tweets, Trump emphatically denied that he would have any active role in the show that he hosted for 14 seasons other than collecting royalty checks while president.

Media Matters was hardly satisfied with Trump’s explanations, calling his financial ties to NBC — which is “financially invested in Donald Trump’s brand and reputation” — a “clear conflict of interest.”

“NBC has placed its reporters in an untenable position,” Media Matters President Angelo Carusone said in a statement. “Even if we assume the very best and there’s no impact on coverage (which seems unlikely), NBC’s relationship with Trump will still cast a shadow over their journalists’ reporting.”

“News companies need to be doing everything possible to restore faith and confidence in the media right now, not further undermine it,” Carusone added. “NBC needs to rectify this before it affects their credibility and before it spills over and embroils the show’s current sponsors in controversy.”

In June of 2015, NBC said in a statement that it would cut its business ties with Donald Trump — which obviously has not happened. The upcoming season of “Celebrity Apprentice” is set to premiere on Jan. 2.