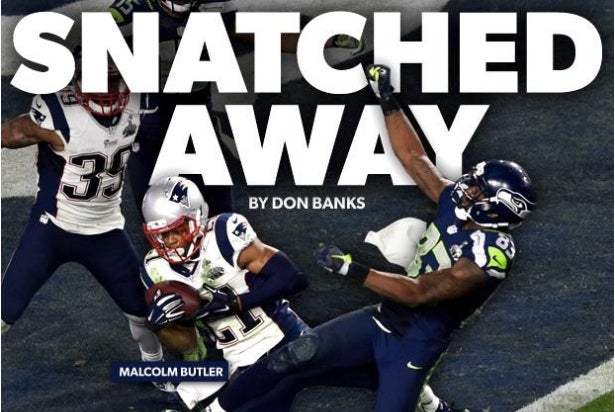 And media across the country are reacting Monday morning, ranging from adoration for the Patriots to bleakness in Seattle.

The Boston Globe cites its home team’s return to the mountaintop.

While the The Seattle Times borrows from Deflategate to describe how the Space Needle City feels.

The New York Post took a not-so-subtle shot at the Super Bowl champs.

Sports Illustrated shows the moment victory was snatched from Seattle:

And ESPN Radio host Mike Greenberg began what will surely be an onslaught of radio hosts slamming Seahawks coach Pete Carroll’s decision to throw the ball instead of running it just one yard from the goal line.

“Give the ball to Marshawn Lynch. For the love of all things holy, what are they doing?”