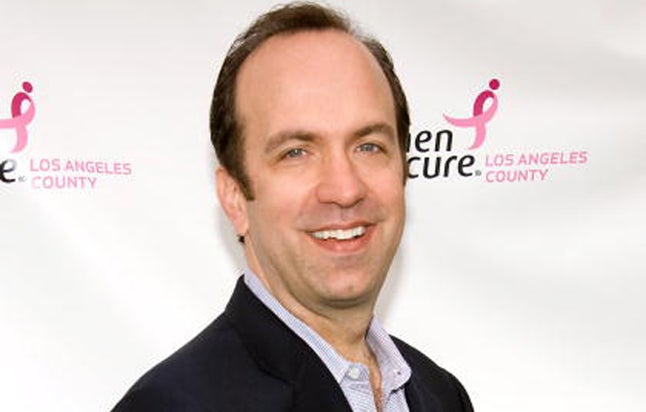 Ben Sherwood — executive, journalist, and novelist — has had a meteoric rise since rejoining ABC News in December 2010. He has gotten to the top partly by knowing when to talk, and when not to.

The ABC News president was named Monday to replace Anne Sweeney as co-chairman of Disney Media Networks and president of Disney/ABC Television Group. He will take over next February, just over four years after he returned to the network as president of ABC News.

Also read: ABC News Chief Defends Colorado Coverage: ‘When We Make a Mistake, We Own It’

In that time, the former “Good Morning America” executive producer, has helped the show rise to No. 1 in the mornings after 16 years of “Today” show dominance. ABC News’ fortunes have improved even as ABC’s ratings fell overall. Disney Chief Bob Iger likely looked at the success amid failure and plucked Sherwood from the executive ranks.

Sherwood is a quiet man of many talents. He joined ABC’s “PrimeTime Live” in 1989 as an investigative associate producer in 1989, and in 1994 joined NBC‘s “Nightly News with Tom Brokaw” as a broadcast producer. He rose to senior broadcast producer and covered the Sept. 11 attacks and the Florida voting in the 2000 presidential election. He then joined “GMA,” which he left in 2006.

But he was never fixated on news. Though he is now one of the most powerful entertainment executives on the planet, his creative output would make lots of creative types jealous. He has written two bestselling novels, “The Man Who Ate the 747” in 2000 and “The Death and Life of Charlie St. Cloud” in 2004. A movie adaptation of “Charlie St. Cloud” was released in July 2010, and starred Zac Efron.

Sherwood regularly emails his team to mark big moments like the ABC News-Yahoo partnership that began under his watch, and also small staff changes. He praises new hires, but also exiting journalists like Jake Tapper, who departed ABC for CNN during Sherwood’s term.

In a sign of his media acumen, Sherwood releases emails about matters big and small to the reporters covering ABC News, creating a sense of transparency. His openness makes him arguably the most visible of the network media directors.

But he also walked a careful line when addressing a false ABC News report in July 2012 that erroneously linked the “Dark Knight Rising” movie theater shooter to right-wing groups. Under intense questioning from reporters at the Television Critics Association a few weeks later, he said ABC News was carefully reviewing its policies to avoid similar errors — without embarrassing Brian Ross, the valuable investigative reporter who made the error.

“We put something on the air that we did not know to be true,” he said. “When we make a mistake, we own it and we acknowledge it … Every single day we have to earn the trust of the American people.”

Asked whether the error was Ross’s or a sign of systemic problems, he stressed that his entire team had done a good job of covering the shooting.

“When the Los Angeles Times makes an error, the error is acknowledged, corrected,” he said, using the newspaper as a general example. “And it does not therefore mean that all of the journalists of the Los Angeles Times did not do strong excellent work that day, doing their jobs, committed to the principles of the organization.”

The ability to answer questions without saying anything offensive to anyone is a prized skill in network executives — and Sherwood has it in spades.