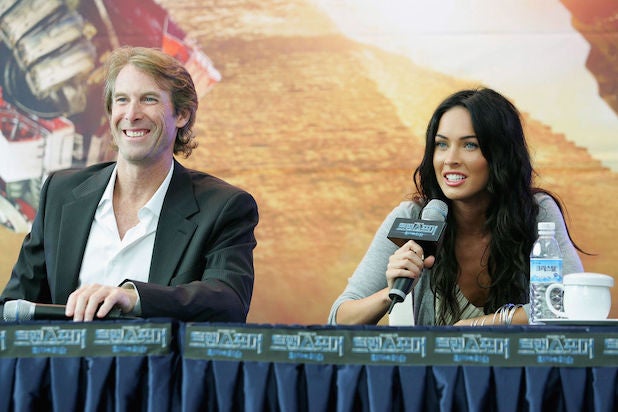 Megan Fox said she was never “assaulted or preyed upon in what I felt was a sexual matter” by her “Transformers” director Michael Bay, releasing a statement after old interviews with Fox resurfaced Monday calling on the director to apologize.

Fox defended working with Bay and clarified past comments she had made about being sexualized as an actress in “Bad Boys II” and in the “Transformers” films, and Bay too issued a statement referring to Fox’s own Instagram post, saying that he was “proud to have worked with her.”

“I know that a discussion has erupted online surrounding some of my experiences in Hollywood and the subsequent mishandling of this information by the media and society in general,” Fox said in a statement. “While I greatly appreciate the outpouring of support, I do feel I need to clarify some of the details as they have been lost in the retelling of the events and cast a sinister shadow that doesn’t really, in my opinion, belong. At least not where it’s currently being projected.”

Fox was responding to an interview clip from 2009 with Jimmy Kimmel in which she said that as an extra on Bay’s “Bad Boys II” when she was 15, she danced underneath a waterfall while wearing a stars and stripes bikini, six-inch heels and a red cowboy hat.

Fox also responded to an old report in The Guardian that said Bay had her audition for “Transformers” by having her wash his Ferrari at his home and said that there was nothing inappropriate about the audition, nor was she underage at the time.

“I was around 15 or 16 years old when I was an extra in ‘Bad Boys II.’ There are multiple interviews where I shared the anecdote of being chosen for the scene and the conversations that took place surrounding it,” Fox said. “It’s important to note however that when I auditioned for ‘Transformers’ I was 19 or 20. I did ‘work’ (me pretending to know how to hold a wrench) on one of Michael’s Ferrari’s during one of the audition scenes. It was at the Platinum Dunes studio parking lot, there were several other crew members and employees present and I was at no point undressed or anything similar. So, as far as this particular audition story I was not underaged at the time and I was not made to ‘wash’ or work on someone’s cars in a way that was extraneous from the material in the actual script.”

In Bay’s own statement, he shared a screengrab of Fox’s audition tape and said she was not wearing a bikini or washing a car, calling the press reports false.

Fox concluded by saying that while she’s experienced harassment in the industry, her experiences with Bay were “inconsequential in a long and arduous journey along which I have endured some genuinely harrowing experiences in a ruthlessly misogynistic industry.”

There are many names that deserve to be going viral in cancel culture right now, but they are safely stored in the fragmented recesses of my heart,” Fox said.

See the statements from Fox and Bay below, and see the original video clip of Fox on “Kimmel” below.

May we all continue waking up❤️

Megan Fox wrote this today. This is a still from her Audition taping 13 years ago. No. She is not washing a car nor in a bikini like the press have falsely said for many years. And I personally think Megan is fantastic. I’m proud to have worked with her, and still am planning on working with her.

teen girls being preyed on by older men has never been taken seriously and still isn’t pic.twitter.com/t1rF80UTj1