Another Hot Girl is joining Tatiana Maslany in Marvel’s “She-Hulk”: Rapper Megan Thee Stallion has been cast in the latest MCU project in a cameo role.

Reps for Disney+ did not immediately respond to request for comment. 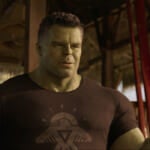 “She-Hulk: Attorney at Law” follows lawyer Jennifer Walters (Maslany), whose job as a specialist in superhuman-oriented legal cases gets thorny when she accidentally transforms into a green 6-foot-7-inch superpowered hulk. The nine-episode, fourth-wall-breaking comedy sees her attempt to balance a regular 30-something life with her perceived responsibility as a hero. The cast also stars Mark Ruffalo as Bruce Banner/Hulk, Tim Roth as Emil Blonsky/Abomination and Benedict Wong as Wong, as well as Jameela Jamil, Josh Segarra, Ginger Gonzaga, Jon Bass and Renée Elise Goldsberry.

Megan Thee Stallion is a multiple Grammy-winning rap artist. In 2021, she picked up three Grammy wins, including for Best New Artist, and a nomination for Record of the Year for “Suga,” her third EP behind mixtapes “Tina Snow” and “Fever.” Her collaboration with Cardi B, the infectious “WAP,” earned her a second No. 1 single (behind her “Savage” remix with Beyoncé), and broke records for most streams in the U.S. in one week. Outside of the music industry, Megan Thee Stallion has judged the HBO Max voguing competition series “Legendary,” guest-starred on Starz’s “P-Valley” and spearheaded advocacy for safeguarding Black women via a New York Times op-ed and video, among other ventures. Last year, she became the second Black woman to perform at the Oscars, behind Queen Latifah. She’ll next be in A24’s upcoming musical comedy “F*cking Identical Twins.” 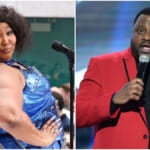 Also Read:
Lizzo Fans Unite to Shame Comedian Aries Spears for Fat-Shaming: ‘She Is Not Here to Be F–able for Y’all’
x