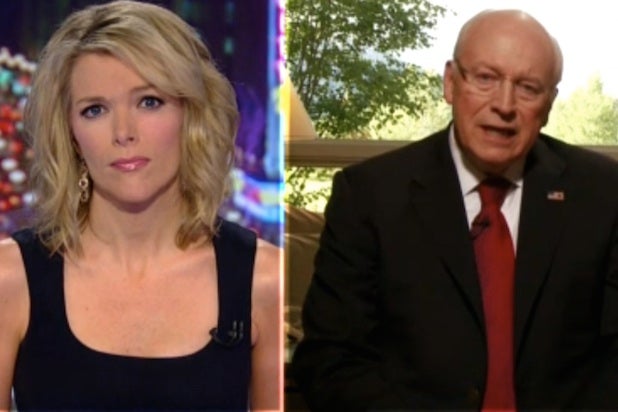 The op-ed charged that, “Rarely has a U.S. president been so wrong about so much at the expense of so many,” which led Kelly to tell Cheney that “Time and time again, history has proven that you got it wrong as well in Iraq, sir,”

Kelly then went on to revisit some of the former Vice President’s biggest mistakes about Iraq.

Also read: Rachel Maddow Chews Out Media for Booking Iraq War ‘Yahoos’ Who Got It Wrong the First Time (Video)

“You said there was no doubt Saddam Hussein had weapons of mass destruction. You said we would be greeted as liberators,” she said, tallying off his failed predictions. “You said the insurgency was in its last throes back in 2005, and you said that after our intervention, extremists would have to ‘rethink their strategy of jihad.’ Now, with almost a trillion dollars spent there, with almost 4,500 American lives lost there, what do you say to those who say you were so wrong about so much at the expense of so many?”

Cheney was so flustered by Kelly’s question, he got her name wrong.

“You have to go back and look at the track record. We inherited a situation where there was no doubt in anybody’s mind about the extent of Saddam’s involvement in weapons of mass destruction,” he said.