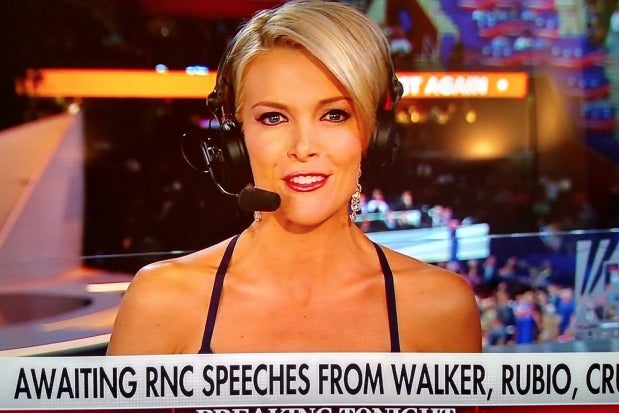 Megyn Kelly is covering the GOP Convention in Cleveland, Ohio, this week, but for some viewers her journalism matters less than her attire.

The Fox News anchor was bashed on Twitter Wednesday evening for wearing a form-fitting, spaghetti-strapped top that left her shoulders and upper chest uncovered. Many viewers found the clothing inappropriate for a news anchor.

“Megyn Kelly’s halter is not appropriate dress for a professional lady at the convention, especially an anchor,” wrote one user.

“Can’t Greta [Van Susteren] teach that freak not to dress like an escort?” asked another, referring to Kelly’s on-air colleague.

Also Read: 7 Great Third Eye Blind Songs If You Just Give Them a Chance (Video)

@FoxNews Still hard to take your coverage seriously when @megynkelly looks like she’s working for an escort agency.

@LizzyBoredom2 Seriously! I just saw a pic. It’s like @megynkelly forgot to finish getting dressed. #RNCinCLE

What is she wearing? Not appropriate. Would appreciate a more professional outfit for the air. It’s not about you tonight.#MegynKelly

Kelly, one of Fox News’ biggest stars, has also been in the headlines this week for her role in the scandal engulfing her boss, network chief Roger Ailes. Former Fox News host Gretchen Carlson sued Ailes on July 6 claiming that he sexually harassed her.

Also Read: The First Thing That Roger Ailes' Successor at Fox News Must Do

Kelly has reportedly told lawyers that she was also harassed by Ailes and also encouraged other women to come forward with stories about the Fox News boss. Kelly has been conspicuously silent about the reports.

Meanwhile, 21st Century Fox, the parent company of Fox News, is negotiating with Ailes to exit the company.